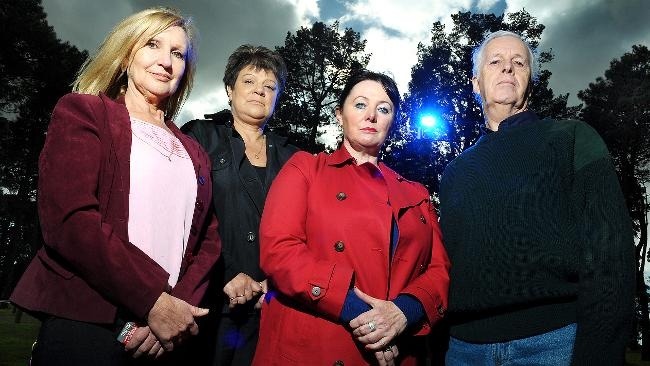 It couldn’t happen here? Most people would say it couldn’t happen anywhere! But more than 100 witnesses to one of the world’s biggest UFO mysteries are adamant that it did, in broad daylight in Clayton South on April 6, 1966. And 50 years after the event, many are still fuming that the military they say were swarming around the scene for days have offically denied the incident and no record appears to exist. They say they spent their lives being doubted and want some official acknowledgment that something weird happened above and behind Westall high and primary schools that morning. London’s Telegraph newspaper rates it as the fifth-greatest UFO mystery of all time, but another mystery is how little-known the episode is here. A documentary – Westall ’66: A Suburban UFO Mystery. Producers hope it will flush out an official who can say what the military were doing and what they found. Researcher Shane Ryan has spent five years tracking 110 witnesses, many found through an appeal in the Herald Sun in 2006, but could find no military officials, and no record of a military response. But locals remember it vividly, saying it lasted days. The 110 Mr Ryan has found who say they saw saucers include professionals, tradies and a Ministerial Adviser, but not one military official of the time. He says time is running out for them to come clean. “Whatever security concerns there were at the time, they are redundant now,” he says. A TV crew covered the incident and it screened on the 6pm news, but the film canister from the job was recently found empty in the station archives. Several witnesses say they were warned off speaking by sharply-dressed men in dark suits, in the principal’s office and at home. Others recall school threats of detention for UFO talk. But talk there was, and coverage. The Dandenong Journal reported the incident on its front page for consecutive issues and ran interviews with witnesses. Many were school pupils who say they saw flying saucers from their school yards. Some ran to Grange Reserve, where the craft appeared to have come down. Terry Peck, 56, was among them. She says she was playing cricket on the oval, saw the saucer and chased after it to Grange Reserve. “Two girls were there before me. One was terribly upset and they were pale, really white, ghostly white. They just said they had passed out, fainted. One was taken to hospital in an ambulance,” she says. Ms Peck says she saw a silver, classic-shape saucer rise up. “I was about 6m away from it. It was bigger than a car and circular. I think I saw some lights underneath it. “We all got called to an assembly … and they told us all to keep quiet. “I’d absolutely just like someone to come forward from the services just to say ‘yes, it did happen, and it landed and there was a cover-up’.” Jacqueline Argent, 58, in Form 3 then, says she saw a UFO from the oval and was one of the first three kids over the fence looking for where it came down. “Originally I thought it must have been an experimental-type aircraft, but nothing has emerged like that after all these years,” she said. She says she was called into the headmaster’s office and interrogated by three men: “They had good-quality suits and were well spoken. They said, ‘I suppose you saw little green men’? “I spoke to my parents about it at the time and they were pretty outraged.” Retired engineer Kevin Hurley, a Monash Uni student then, missed the saucers but saw the aftermath. “There were army or air force people in the area,” he said . “I’m pretty sure they were going around the area with geiger counters or metal detectors. “I’m not a freak that thinks Martian people are coming. I don’t think that kind of stuff, but it’s bugged me. “After 44 years, I reckon they need to come clean on this.”