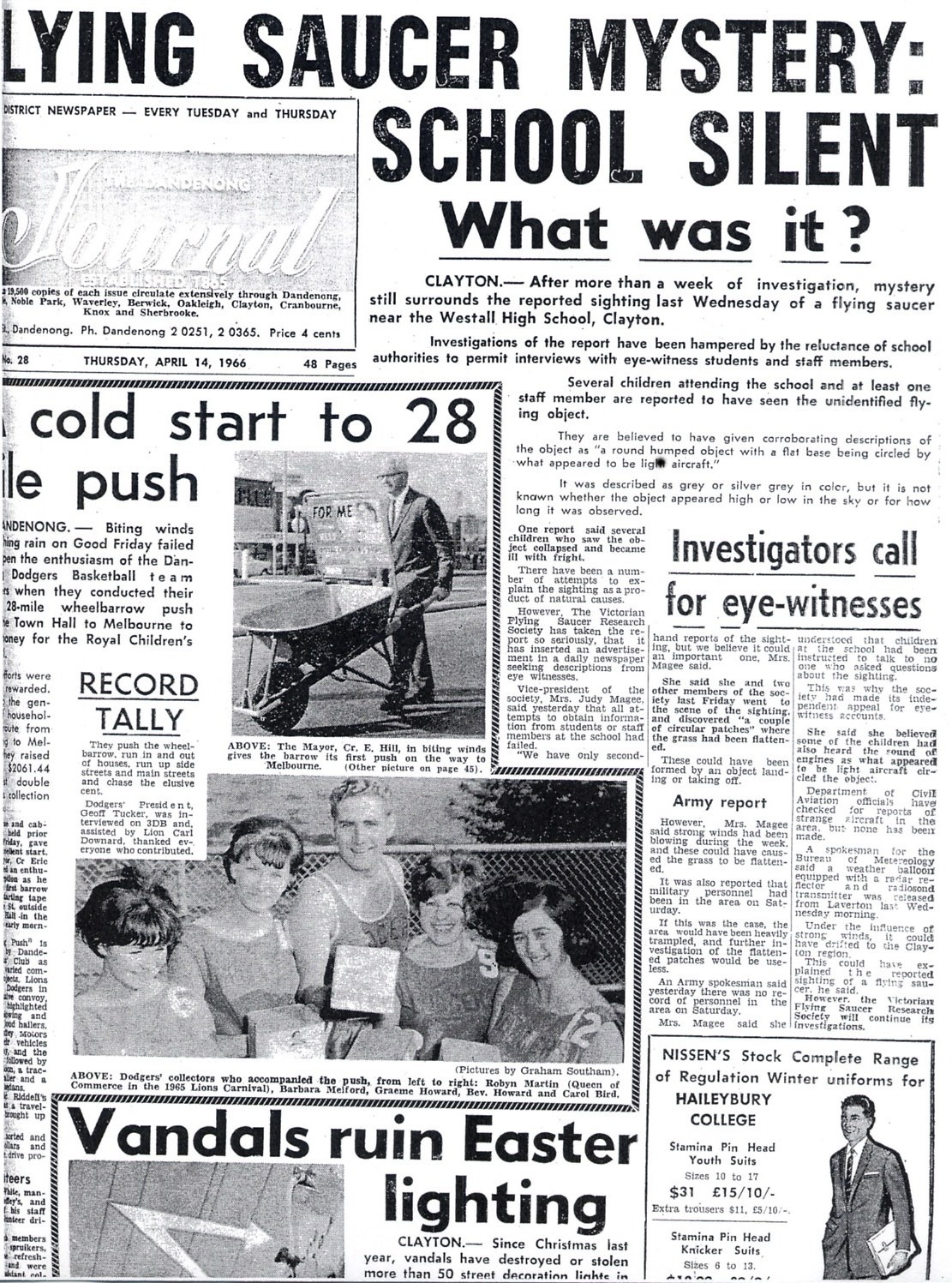 At approximately 11.00 am on Wednesday, 6 April 1966, a class of students and a teacher from Westall High School (now Westall Secondary College) were just completing a sport activity on the main oval when an object, described as being a grey saucer-shaped craft with a slight purple hue and being about twice the size of a family car, was alleged to have been seen. Witness descriptions were mixed: Andrew Greenwood, a science teacher, told The Dandenong Journal at the time that he saw a silvery-green disc. According to witnesses the object was descending and then crossed and overflew the high school’s south-west corner, going in a south-easterly direction, before disappearing from sight as it descended behind a stand of trees and into a paddock at The Grange in front of the Westall State School (primary students). After a short period (approximately 20 minutes) the object – with witnesses now numbering over 200 – then climbed at speed and departed towards the north-west. As the object gained altitude some accounts describe it as having been pursued from the scene by five unidentified aircraft which circled the object.

Rates As The Fifth Greatest UFO Mystery Of All Time
Scroll to top Book online now!