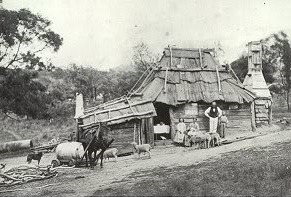 When going through the many statements taken for the information of the coroner in connection with the murder, on August 7 last, of the old woodcutter, Richard Knight, outside his hut in the bush between Lilydale and Coldstream (says the Melbourne ‘Argus’). Detective-Sergeant Arthur and Detective Keily discovered certain discrepancies in the stories of several boys living in Coldstream. Information concerning their movements around the time of the murder was proffered in such a manner that many possibilities were presented, and in order to satisfy themselves that the boys were not purposely withholding certain facts, the two detectives yesterday returned from Melbourne to Coldstream. Each of the boys was seen, and though they all presisted in their previous statements, they were not able to explain whether certain of their actions were, due to a coincidence or otherwise. They could not be shaken in their first statement that they had not seen the old man after he was shot at, though one of them admitted having been at his hut just previous to the time when two residents of the neighbouring bush heard two shots fired in the direction of the hut. The boys were questioned separately, but they showed no signs of wavering, neither did their statements contradict each other. In view of this, the detectives came to the conclusion that it was useless prolonging the examination.  Unless something unforseen happens nothing more will now be done until the inquest, the date of which the coronor (Dr. Cole) will probably fix within the next few days.  Altogether, about 20 witnesses will be subpoenaed, as the police intend having everyone present who may possibly be able to assist the coroner in determining when, how, and by whom Knight was killed.