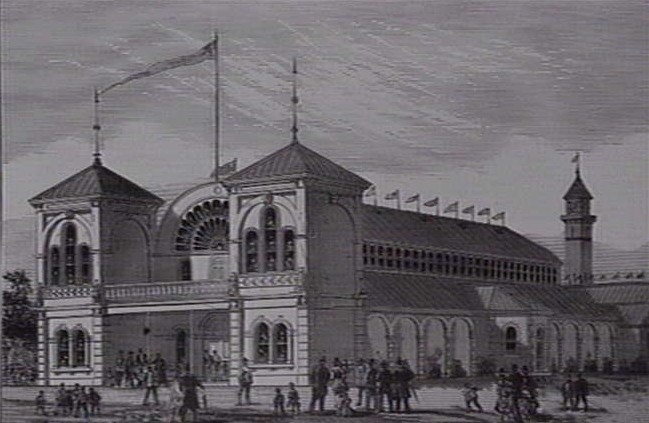 Yesterday a prisoner named M’Henry, who at the last sittings of the General Sessions was sentenced to four months’ imprisonment
for stealing saddles, made his escape from the Geelong Gaol in a manner which leads to the presumption that he received assistance from outside.
M’Henry succeeded in changing his prison clothes in the water closet, and dolling an ordinary suit, which must have been left
there by some associates. He then eluded the eyes of the warders, and escaped from the neighborhood of the gaol, taking his way
through the town, for some of the cabmen on the Market Square stand, observed him hurrying through the streets, with a handkerchief tied over his head. They knew him, but supposed that he had served his sentence, and was discharged, and it was only on learning different an hour after, that information was given
to the police.  Chase was immediately given, and the runaway was traced as far as the Duck Ponds (Lara), where the clue was lost, and nothing more had been heard of the escaped prisoner up to a late hour last evening.
The reason of his escape would seem to be that another charge
of horse-stealing is hanging over M’Henry’s head, and he probably heard of this, for it is not likely that for the sake of two or three
months he hnd still to serve that he would expose himsslf to a further sentence for attempting to escape.
He is an old soldier, and up to th time of his conviction was the recipient of a pension for services rendered in the Crimean and Indian wars. His conviction for felony, however, had the effect of making him ineligible of receiving any further payments on
Fix this textthat account.
10/02/2019/by Limelight
https://twistedhistory.net.au/wp-content/uploads/2019/02/Geelong_exhibition_building_and_market_square_clocktower.jpg 428 649 Limelight https://twistedhistory.net.au/wp-content/uploads/2018/10/Twisted-Logo-Tranparent-no-shadow.png Limelight2019-02-10 20:36:552019-02-10 20:36:55McHenry Legs it from Geelong Gaol