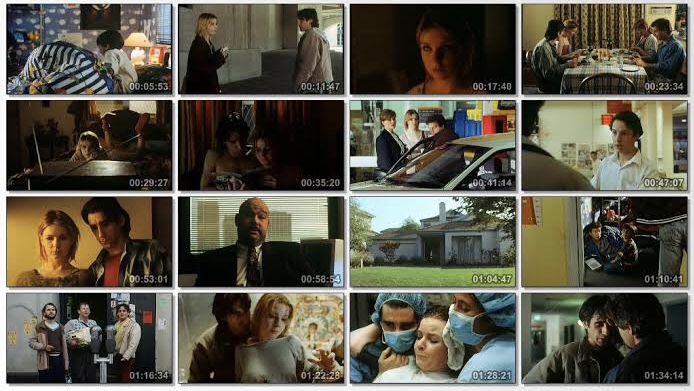 Angel Baby is a 1995 Australian drama film written and directed by Michael Rymer. The film was produced in 1993–94 with a budget of A$3.5 million.

The film is a love story of two people with schizophrenia.  Although the film did not do well at the box office the film swept the boards at the 1995 AFI Awards winning all the major categories as well as several major international film festivals.

Angel Baby tells the story of Harry (John Lynch) and Kate (Jacqueline McKenzie), who meet at an outpatient clinic in Melbourne for mental patients.

Harry falls instantly for Kate when he sees her at the clinic, but she doesn’t hang around with psychos, she tells him, but her feelings change when she receives a sign from her guardian angel, named Astral.

She believes it is Astral who is residing in her womb.  She and Harry decide to move in together, despite the reservations of Harry’s protective brother Morris (Colin Friels) and his wife Louise (Deborra-Lee Furness).

Harry gets a job in a computer firm, they set up house and Kate becomes pregnant and seem for a time to be blessed with each other, and who then make the mistake of growing overconfident and discontinuing their medication, the results are disastrous, with both ending up back in hospital.

Harry re-stabilises himself, then rescues Kate from the mental ward. They hide in a tall building site and wait for their baby – called Astral – to enter the world.

This film is important as shows what it takes to overcome a mental illness and what affects they can have on your life and those around you.