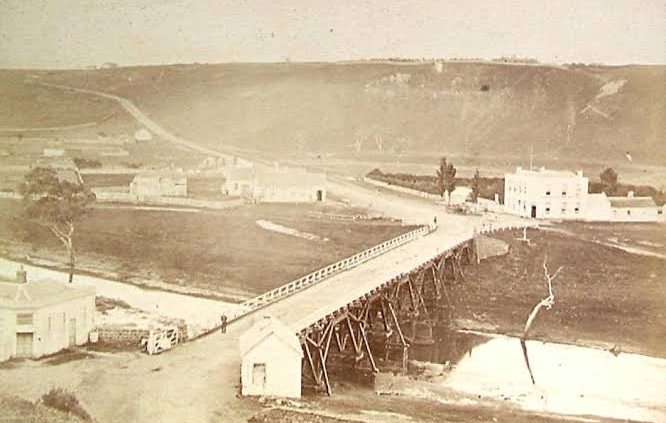 “Attack on the Gold Escort” is a 1911 Australian silent film.  Directed by Pathe Frere, and shot on location in Geelong.  The film was released on the 19th of June 1911.  Sadly all known copies of the film no longer exists.

The film was described as “an Exciting and Thrilling Reproduction of Australian Early Days. A vivid portrayal of bush adventure around Geelong and filmed “at the exact spot where the incident happened.”

The Kapunda Herald stated the film “portrayed the terrors of the road, during the time when bushranging was rife, in a vivid and realistic manner.”

The film starts at the Bank of Australasia at 2 Malone St, Geelong, before the gold escort is pursued down the Fyansford Hill by the bushrangers.