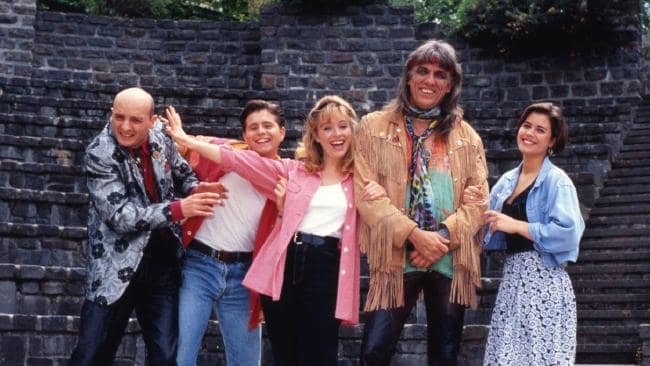 All Together Now was an Australian sitcom that was broadcast on Nine Network between 1991 and 1993.

The premise involved an aging rocker (Jon English) trying to maintain his music career while living with his son and daughter. For an undetermined number of initial episodes filmed prior to public broadcast, the show title was “Rhythm and Blues” and had a different theme song.

At the 1992 Logie Awards, the show and its actors were nominated for four awards: