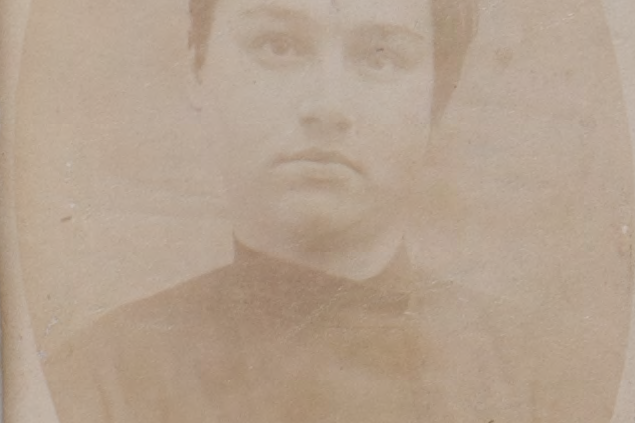 Referring to the recent murderous assault by a daughter upon her mother at Horsham, the “Horsham Times” says that a man named Clarke had been living with a woman named Emma Marquadt, who passed as his wife, and her daughter, Mary, aged sixteen years.

On Wednesday afternoon, when going into his house after leaving his work, he found his paramour lying on a bod, having been assaultod about the head and body in a horrible manner by an axe, and the girl, her daughter, bathing the wounds. The woman was senseless, or so nearly so that she could not give any account of the matter, her daughter, upon being questioned, said she knew nothing whatever of it, but that she had been up into town to make some purchases, and returned with the articles she had bought, when all was right she went out again, and on her return the second time found her mother lying on the floor weltering in her blood from the wounds, and an axe lying beside her.

Dr C. Pardy was immediately sent for, and information conveyed to the police. When the former arrived he found the woman speechless and in a very dangerous state, but did what be could to afford relief to the sufferer.

On the police interviewing the girl she persistently adhered to her original story for a length of time, but the officers were not satisfied, and Sub-inspector O’CalLaghan, Sergeant Lirkan, Constables M’Bride and Cameron continued their inquiries apparently to little purpose, until at length the wavering of the girl’s story caused suspicion to turn towards herself, and culminated in her making a clean breast of it to Sergeant Larkan yesterday morning, when, of course, she was immediately arrested, and conveyed to the lockup.

Her storythen was that she went into tho town between 1 and 2 o’clock and made her purchases, and returned to the house, and afterwards, when sitting on an inner step in a doorway in the room, her mother and she had some words, and then she went out into the yard, got the axe, brought it unobserved, and struck her mother several blows from behind, causing the gashes in her head and ab0ut her body, there evidently being some six or eight blows struck. The woman, it seems, struggled to get up, and exclaimed “What have I done to you that you would do this to me!” and the girl replied “I’ll tell you by-and-bye.”

The woman seems then to have staggered to the bed on which she was found, with the assistance of the girl, who then proceeded to wipe up the blood on the floor, and bathe the wounds of the injured woman, at which she was observed when the horrible discovery was made.

When questioned as to what led her to commit such an act, the girl informed Sergeant Larkan that it was because the man Clark had taken advantage of her,the consequence being that she was encainte by him. On being asked if she would repeat this statement in the presence of Clarke she replied in the affirmative, and on his being called in she reasserted several times, but it is only fair to add that Clark absolutely denied it.

The girl was presented at tho Police court before Messers Cameron and Bolton, JPs, when she was charged with ” wounding with intent to murder.” The prisoner, who has hard set features, conducted herself in the coolest manner possible, apparently not realising the awful position in which she stood.

At the police court, before Mr Hutchinson, the policn magistrate, the girl Mary Marquardt was charged with assaulting her mother, with intent to do her grievous bodily harm. A more serious charge of intent to murder was withdrawn. Several witnesses were examined, from whose evidence it appeared as if the girl assaulted her mother with an axe, but the main evidence in that of her own confession to the man Clark and the police. She made no statement of any kind in court. She was committed for trial at the General Sessions in February.

Murder and Death of a Dwarf

Body in the Barwon
Scroll to top Book online now!