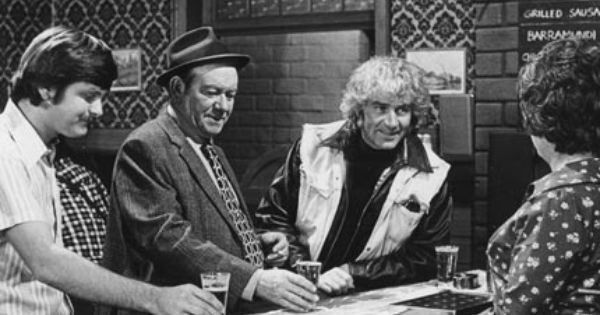 Bellbird is an Australian soap opera serial set in a small Victorian rural township. The series was produced by the ABC at its Ripponlea TV studios in Elsternwick, Melbourne. The opening title sequence was filmed at Daylesford, Victoria.

Although not the first Australian soap opera it was the first successful soap opera and even spanned a feature film and tie-in novel. The show’s ratings were modest but it had a devoted following, especially in rural Australia.

The show followed the lives of people living in the fictional town of Bellbird.

During its 10-year production run, 15-minute episodes of Bellbird screened from Monday through to Thursday nights during the lead in to the 7 pm evening news bulletin.

In 1976 the series was screened as one one-hour episode each week, before switching to three half-hour installments per week during its final season.

The series was the first soap opera in Australia to spin-off into a feature film version and tie-in novel, entitled Country Town (1971), it focused on Bellbird’s problems during a severe drought. The movie’s script was also novelized.

The Loss of Bob Hawke