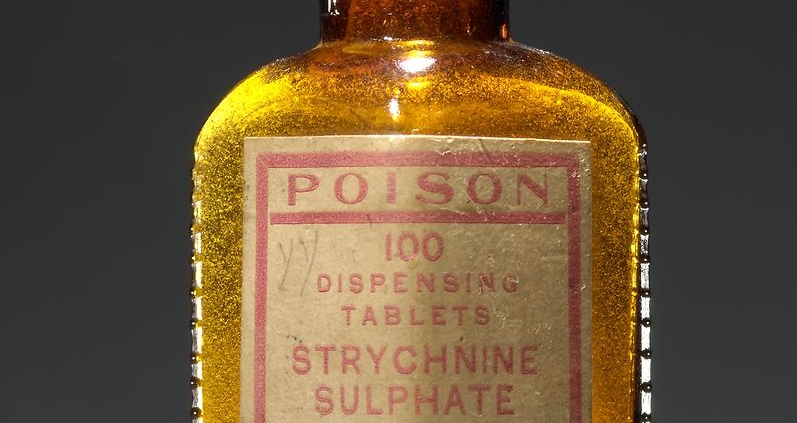 During the morning of May 19, 1905, Mrs. Tierney, who lived with her husband at his farm at Gymbowen, complained of a feeling of weakness and the loss of the use of her legs. Not much importance was attached to the attack, as in a few hours, Mrs. Tierney was well again, and performed her household duties as usual. During the afternoon the same feeling came over her, this time accompanied by twitchings of the body. ⁣

Her husband drove her to Dr R. K. Bird, of Natimuk, who examined her. When questioned by the doctor she stated that she had partaken of some tart for breakfast. Portions of the tart had a bitter taste, and the tea she had at that meal also had a bitter taste. The doctor suggested that some poison was in the tart and advised her not to eat anymore of it. Mrs. Tierney by this time had quite recovered, and with her husband drove home the following morning. ⁣

In the evening Mr. Tierney killed a sheep, and his wife, who had been watching him, went towards the house, but when she had gone about 50 yards she collapsed. Her husband ran to her assistance, and she died in his arms. Miss Bertram, who was employed as a domestic servant in the Tierney family, also complained of feeling ill after breakfast, but after vomiting she recovered.⁣

Mrs Tierney had only been married for 2 months and was a well loved teacher in the area.  Her friend and domestic, Mary Bertram was arrested for the death but was later discharged due to no evidence indiciating she was involved. ⁣