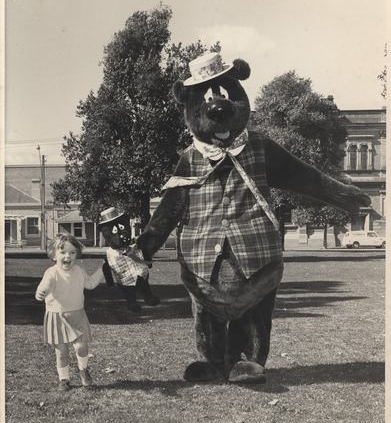 On Monday the 24th of May 1965, Humphrey B. Bear an icon of Australian children’s television was first broadcast on Adelaide’s NWS-9.

The show became one of the most successful programs for pre-schoolers in Australia. The part of Humphrey was played by Edwin Duryea, an actor, singer and dancer whose human identity was never revealed.  In the early days the character was known as Bear Bear and was named Humphrey B. Bear as the result of an on air competition.

The ‘B’ in Humphrey B Bear stands for Bear, but this has rarely been acknowledged on air.⁣