To assist with shipping in Bass Strait the Commonwealth Government has decided to install a marine wireless beacon at the lighthouse at Cape Otway. The beacon will incorporate a wireless fog signal. Tenders for the equipment were invited today, and will close on January 11.
11/01/2017/by Limelight
https://twistedhistory.net.au/wp-content/uploads/2017/01/illw_logo.jpg 1059 731 Limelight https://twistedhistory.net.au/wp-content/uploads/2018/10/Twisted-Logo-Tranparent-no-shadow.png Limelight2017-01-11 00:00:422017-01-04 22:35:26Wireless Beacon for Cape Otway Lighthouse

On this day in 1930, the Cape Otway Lighthouse appeared in the Weekly Times Newspaper. As you can see, some things never change.

An incident has just come to light which gives an irresistibly comic air to a tale of sad disaster. It was on Saturday, the 12th of December 1863, the day before the memorable gale and flood set in, that the ship Brandon, Captain Jolly, left Port Phillip Heads, bound for Akyab. On the following day according to a paragraph in The Argus newspaper – when at Cape Otway lighthouse, she shipped a tremendous sea, which swept five of the seamen overboard. The captain claiming, the state of the weather, assistance was impossible, and the poor men were drowned. The ship also sustained damage, and during the gale the fore and main topsail yards were sprung, and all three topsails blown clean out of the bolt-ropes. Under these circumstances, and especially because the high price of wages had caused the ship to sail somewhat short-handed, so that it would be dangerous to go to sea without filling the dead men’s places, the captain returned to Melbourne. The loss of the men was duly reported to Mr. J. J. Shillinglaw, the Government shipping-master, who also received the effects and money belonging to the defunct, and communicated with their friends in Victoria. Fresh seamen were employed, and, after duly repairing, the vessel proceeded again to sea on this day in 1864. As the ship left Port Phillip Bay, there was a sudden and remarkable resurrection of the dead men, who leisurely walked out of the hold and proceeded to work. This strange affair is thus explained. Sailors are getting high wages just now, and hence masters of vessels take as few as possible. On board the Brandon this was felt by the men as a great hardship, the work falling on the lesser number, and hence a general agreement was made to get the missing men into hiding during the gale, so that the ship should head back to Melbourne, and fresh hands be engaged. How the captain will act at Akyab we shall probably never know, but the story is worth telling, for the sake of preventing a possible recurrence of the trick.

One hundred years of service in guarding shipping rounding Cape Otway was completed on November 1st 1948. During the century, seamen in all, kinds of vessels, and of all nationalities had seen the friendly light of the Cape and received help from the lighthouse keepers. The three men at present serving at the station were untroubled on the historic day. Nothing unto ward happened. Through the years, however, all has not been so quiet. During fog or rough weather, many ships have been “nursed” along the coast. The usefulness of the light may be Judged by the fact that an average of 10 vessels round the Cape each week. Since 1850 between Warrnambool (99 miles to the west) and Lorne (25 miles the other way) 20 vessels have been wrecked. The last was the American s.s., City of Rayville, which struck’ a mine nine miles off Cape Otway on November 10, 1940. Of the complement of 30, all but one seaman were saved by fishermen who went to the rescue from Apollo Bay. Only one other vessel has been wrecked at Cape Otway. It was the s.s. Eric the Red, on September 4, 1880. The lighthouse keepers work 68 hours a week for a salary of £13 a fortnight. Their electric power is free, as well as the rent of their dwellings, which in most cases are on quiet rugged parts of the coast, and they are also given 12 tons of firewood a year. They work on all public holidays, but are granted 28 days annual leave. Annual painting – besides tending to the light, radio and lookout equipment, the keepers are expected to paint the lighthouse (65 feet), and the radio mast (113 feet) each year. Of the nine lights around the Victorian coast, all but three are now electrically operated. The Cape Otway light was altered from being kerosene driven in 1936. The light is 310 feet above sea level and is visible for a radius of 50 miles seaward. The actual globe is only 500 watts but, when, concentrated by the solid crystal prisms, the output is in creased to 750.000 candlepower. A red shield is affixed so that if the red beam is seen from a ship, the crew , realise that they are too close to the shore and alter their course until the white light is seen again and they are out of the danger area. The polishing of the prisms is one of the most trying tasks of the light house keepers as the magnifying power of the prisms creates a great strain on the eyes. The polishing is done twice a week, and takes six hours each time. Correct Timing – The radio beam, which is automatically sent out every half hour in normal weather and every five minutes in fog, or rough weather, is used by ships in conjunction with the Cape Wickam light on King Island to, obtain their positional bearings. The signal occupies a sequence of two minutes. Correct timing is assured as the electric clock which controls all operations is allowed only a marginal error of five seconds. Power for the station is supplied by a Diesel engine driving a generator and stored In a bank of batteries. In normal weather the batteries are charged every second night, but in bad weather a generator is kept working. All the equipment is duplicated and so arranged that, should a part of one machine fail, the other automatically takes over. The change occupies two seconds. The keepers, who are warned by alarm bells, Immediately replace the broken or burnt-out part In the equipment. Every third hour (day and night) a weather forecast is sent out and, if requested, is supplied to any passing vessel by Morse signal lamp. A log is kept of all ships which pass, and, if necessary, messages are sent to their agents. Visitors to the lighthouse often provide amusement for the lighthouse keepers. One of the keepers, with a twinkle in his eye, tells of a woman who thought that the lighthouse balcony would be a good place from which to throw rubbish. Imagine lugging it up 98 steps beforehand. 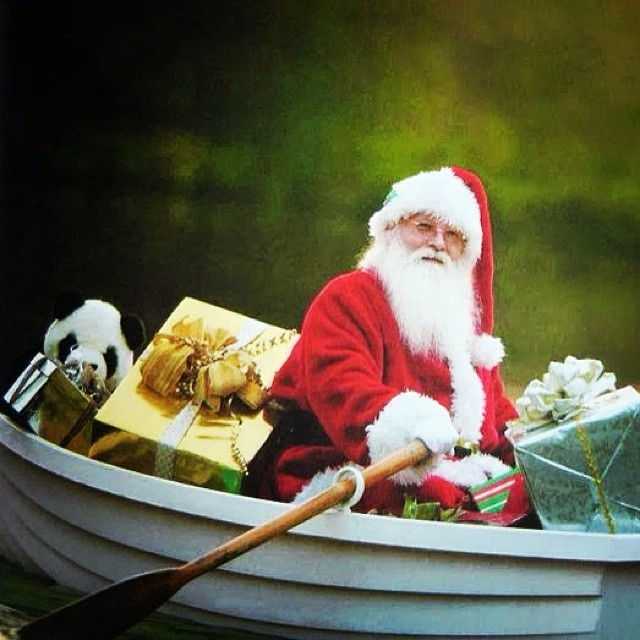 As soon as the lighthouse steamer Lady Loch comes out of dock, about the Middle of this month, she will set off on her quarterly round of Victorian and Tasmanian lighthouses. ‘All smart and brightly, painted, the little steamer is to play the part of Santa Claus to the lighthouse-keepers’ children. Through the enthusiasm of Miss Alice, of Orrong road, Elsteirnwick, eight cases of books and toys are now waiting at the lighthouse keepers’ office in Willis street to be packed in the Lady Loch’s hold. More than 80 children will participate in the pleasiure of receiving these gifts, many of which have been sent by, Victorian kiddies. Some of the toys will go to Cape Evertard (Vic.), doing the last part of the journey it a horse sledge along the 90-mile beach. Others will be set down at such lonely light houses as Gabo and Cliffy Islands (Vic.). The children of Deal Island, Goose Island, Swan Island, Currie Harbour, and such stations off the Tasmanian coast, will be eagerly watching for the parcels of books and toys that have been sent for several years by the Victorian public. At Cape Otway alone four lighthouse families account for 15 children.

The Government steamer Despatch will leave Hobson’s Bay on the 10th inst., under the command of Captain Anderson, for the purpose of officially inspecting the lighthouses, buoys, and beacons on the western coast as far as Cape Otway, and along the eastern coast up to Gabo Island. The Cape Otway, Gabo Island, Wilsons Promontory,
and Cape Schanck lighthouses will be inspected, and the half yearly stores and suppiles delivered, and a careful survey will be made of the buoys, beacons, and jetties at Apollo Bay, Lorne, Blanket Bay, and the other inlets along the south and west coast.  The trip is expected to extend over a period of about 10 days.
03/01/2017/by Limelight
https://twistedhistory.net.au/wp-content/uploads/2017/01/SS-Despatch-with-2-Funnels-2-Small.jpg 368 567 Limelight https://twistedhistory.net.au/wp-content/uploads/2018/10/Twisted-Logo-Tranparent-no-shadow.png Limelight2017-01-03 00:00:462017-01-03 02:18:49Survey by the Despatch

The pilot of an Autogyro has reported having sighted floating wreckage to the south of the Cape Otway lighthouse. A ship will proceed to the spot to investigate, in view of the possible connection of the wreckage with the steamer Paringa which was lost on Boxing Day.

About 300 holiday campers fled in alarm on this night in 1945 when bush fires swept towards Anglesea and onto Cape Otway. A change of wind about mid night turned the fire when it was within a quarter of a mile of Anglesea. Taking all their belongings they could gather, men, women, and children cleared out in caravans, cars, and other vehicles. They swept along the coast road towards Lome to escape the flames which seemed certain to overwhelm tho camping area. Most of the campers slept on
the beach after the danger had passed. No homes were destroyed, but few residents of Anglesea thought the township could be saved. About 1000 acres of pine and wattle plantations were destroyed.

The Navigation Board commenccd an enquiry into the collision of the Julia Percy and Nelson, steamers, off Cape Otway, on Saturday last. The evidence showed that the night was fine and clear and the vessels lights distinctly seen.

Dexter, ship, from Gefle, for Melbourne, wished to be reported.