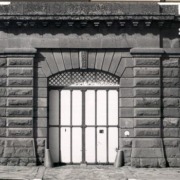 Two convicts break gaol, for only a brief hour of liberty was enjoyed by two prisoners who scaled the exercise yard wall of Ballarat Gaol and were later captured by a party of police near the Grant street bridge, over the Yarrawee Creek, about half a mile away. They were Eric Ivan Wilson, 26, of North Clunes, who was on remand on a car-stealing charge, and Ian Mitchell, 32, a prisoner serving a sentence imposed on him at Ballarat early in the year for house breaking and larceny. Following their getaway, the two men were seen running across White Flat into the bed of the Yarrawee Creek channel, and a local resident telephoned tile police. A search party organised by Inspector Abbot, Sergeant Tysoe, and Senior-Detective Hackwill, and including Senior-Constable McCahon, First-Constable Orr, and Constable Coghlin, was examining the area when the two fugitives bolted in different directions. A warning that shots would be fired was called as the men separated and both surrendered at gunpoint. A month ago Mervyn Clifford Richards, 25, of Nerrina, while awaiting trial on four robbery charges, escaped from the gaol by climbing the walls. Search for him so far has been unsuccessful. 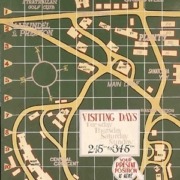 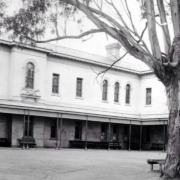 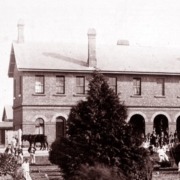 James M’Cormick, an old miner escaped from the Ballarat Lunatic Asylum on the 7th of July 1900. M’Cormick walked though the garden and out the gate of the Asylum. 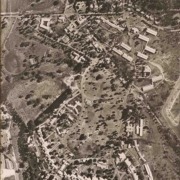 A dangerous lunatic escaped from Mont Park Hospital on this day in 1925, and was recaptured by an attendant a few miles from the institution. He gave no trouble, and returned quietly withhis captors – Another escapee said to be dangerous was still free. 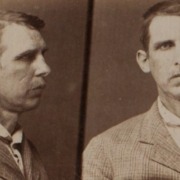 The notorious Captain Donegan, who was imprisoned for a variety of offences, and was sent to the Yarra Bend Lunatic Asylum, escaped cleverly, and has defied all attempts to find him. He had been confined in the asylum, for five years and got away twice before. 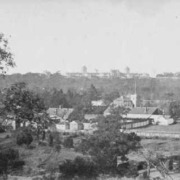 Another patient has escaped from Yarra Bend, and has taken advantage of her liberty to end her existence in the river, placed conveniently for this purpose. The inquiry into the matter opened the eyes of the public to the fact that the lunatic asylum is as easy and accessible as an ordinary villa. Outsiders can get in, and insiders can get out just whenever they feel disposed. True, outsiders do not as a rule try to get into Yarra Bend as fervently as they strive to get into Parliament, but, insiders do try to get out. The patient mentioned above was a woman, and she had no difficulty whatever in getting over the garden wall and into the river. Possibly the policy of “the institution is that mad patients are much better out of the world but, if this is really the case, it would be wiser to extend the asylum grounds, and take in a strip of the river for the convenience of those lunatics who are ambitious to go to Heaven in a hurry. 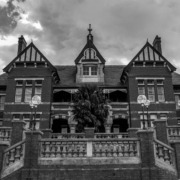 One of the inmates of the lunatic asylum at Sunbury escaped on the 6th of July 1902, but was caught at Riddell’s Creek by one of the warders, assisted by Mr. J. Keiley. The man had been out all Saturday night, which was a rough and wet one. He said he was anxious to go to Sydney. 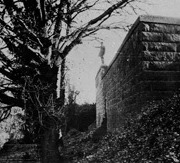 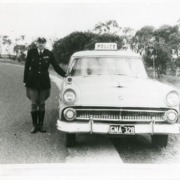 Two youths escaped from Langi Kal Kal training Prison, near Ballarat in the prison-owned station sedan this on this day in 1966. Neither the youths nor the Government vehicle had been found. Prisoners where believe to have headed to Melbourne.