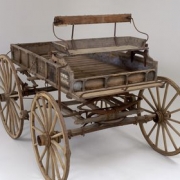 A strange premonition happened in Swan Hill, Victoria to Mr Robert Henry Athorne, farmer aged 47, who was run over by his wagon, and died on 22nd May 1916 at the Swan Hill Hospital.

In March, Athorne dreamt that he would meet with a fatal accident, which he took such notice of the premonition, that he at once insured his life against  accident for between, £4,000 and £5000.

He left a wife and ten children, the eldest of being 21 years and the youngest nine months. ⁣ 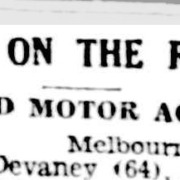 Charged with the killing of Mark Devaney, aged 54, George Ernest Davis was arrested today. He will appear at Wodonga Court on October 17.

Mr. Mark Devaney (aged 64 years), of Wodonga Estate, Wodonga, a retired farmer, was found dead on the
Bonegilla-road, about a mile from Wodonga, on Sunday night. He had evidently been hit by a motor car, as
there was a quantity of broken glass near by, and much blood. The glass is thought to have been from the headlight of a car. There is no evidence to show that the driver of the car stopped. No one notified the police of the accident. Devaney leaves a widow and two daughters.
07/07/2018/by Limelight
https://twistedhistory.net.au/wp-content/uploads/2016/07/dead-on-road.jpg 217 651 Limelight https://twistedhistory.net.au/wp-content/uploads/2018/10/Twisted-Logo-Tranparent-no-shadow.png Limelight2018-07-07 18:00:052018-07-06 00:33:23MURDER CHARGE – Result of Motor Fatality 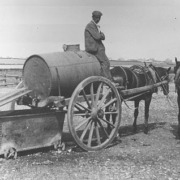 A young boy from Back Creek near Yackandandah, Victoria, had a remarkable escape on this day in 1910. He was walking behind a car, on which his father had a large empty square water tank. When the tank slipped, to the horror of all who was watching, the boy vanished from view. When they rushed to the spot, they found the boy inside the tank. His head and body had passed though the man whole.

A young man named William Bristow, aged 23, – a resident of Williamstown, met with a frightful death at the steam stone-crushing works, Williamstown Junction, at half -past 2 o’clock on Friday afternoon. The deceased was engaged to break the larger stones ready for the crusher, which was fed by a lad named Murray. Murray left the machine for a few minutes to get a drink at the water-tap, and on coming back saw the deceased in the act of putting a stone in the iron jaws, when he suddenly disappeared. He fell head foremost into the fly-wheel of the crusher, and was instantly crushed to death, The head, when liberated, was hanging from the body; one arm was found about 12ft. away. The deceased had been suffering from a weak knee, which he had injured some time previously, and it is conjectured that in leaning forward his injured knee caused him to slip, and he fell into the wheel as stated 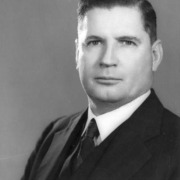 On Saturday morning an accident happened, at the North Old Chum Company’s claim, on the Ironbark line of reef, resulting in the instantaneeus death of one man and the injury of another. The two men, named respectively Thomas Pearce and Steadman, were engaged working in the 250ft. level of the above company’s shaft, when a quantity of mulloch from a slippery place in the shaft fell and almost buried them in the debris. Both, on assistance arriving, were immediately conveyed to the surface, when it was found that the unfortunate man Pearce was quite dead, but Steadman was only slightly injured, and was able to walk to his home. The corpse was conveyed to Sterry’s Goldmines hotel, where an inquest will be held. Both men were experienced miners, and had been for a considerable time working together as mates. Pearce was about thirty years of age and was unmarried. — Bendigo Evening News.

During a performance of Wirth’s Circus at Warrnambool, on this day in 1905, a tent-pole fell and struck Doris Dunstan aged 14, the only daughter of Rev. T. D. Dunstan, Anglican clergyman. The girl was pinned to the ground as the big top partially collapsed. The girl died a couple of hours later.

A uniform Give Way to the Right law had been urged by the Royal Automobile Club of Victoria since 1913, but it was legal until this day in 1935. The reason the decision was made to give way to the right was because, in wet weather, the driver of a vehicle had a better chance of seeing approaching traffic though the right side window.

On the evening of the 12th of December 1908, Mr. Phillip Wirths of Wirths’ Circus, met with a painful accident. He was riding his favourite horse Bobs round the ring, and jumping through burning hoops held by the attendants. The rim of which struck him on the forehead, and threw him back on his horse, before he fell to the ground. Mr. Wirths, although severely burned about the face, courageously completed his performance. 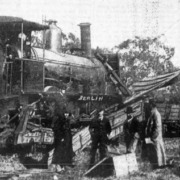 Opening on 26 September 1855, the New South Wales railway, Australia, was the first government-owned railway in the British Empire. The first line ran the 22km from Sydney to Parramatta. By 1862, the western line had reached Penrith. The railway continued to expand, reaching Albury in 1881, Glen Innes in 1884 and far west New South Wales at Bourke in 1886. On 31 October 1894, a country train bound for Goulburn, New South Wales, was hit at Redfern, Sydney, by a suburban train heading from Strathfield to the city. Two engine crew and twelve passengers from the suburban train were killed, and twenty-seven people were injured. The accident was caused by an incorrectly set signal. Among those killed were Edward Lloyd Jones, Chairman of David Jones & Co and son of the founder of the David Jones department store chain. Also killed was Father Callaghan McCarthy, Dean of St Mary’s Cathedral.