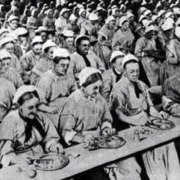 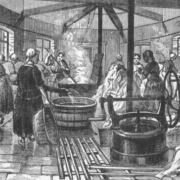 Next to the kitchen was the wash house also fitted up with every convenience, a large fireplace and boiler for hot water, which is carried through pipes to the washing-troughs at the other end of the room, where the prisoners are to be seen busily engaged, some in scrubbing and others in wringing out the clothes. One is working at a pump placed in one part of the room, for the purpose of carrying water to the upper stories of the building. Near these rooms are several store-rooms and a carpenter’s work shop. 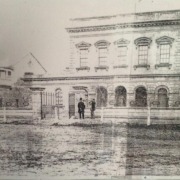 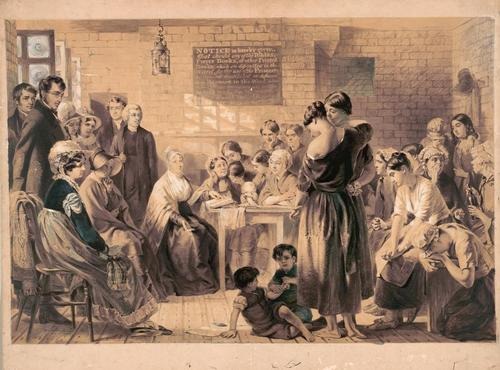 On this day in 1898, an order for 2/6 weekly was made against a man named Robert Tough for maintenance of his children in the schools, but Tough failed to comply with the order, and a sum £63/15/7 has accumulated against him. Tough disappeared, and a warrant was issued for his arrest, which was accomplished and he was return to Geelong and sent to gaol for one month.

A shocking disclosures was made in connection with the Geelong Gaol. A few weeks ago several prisoners attempted to commit suicide. One succeeded, but others were, prevented just’ in time, and were afterwards sentenced to further imprisonment for the attempts. Among these was a young man named Giammill. who on this day in 1901 battered his head in a frightful fashion with an iron pannikin. He was stopped before he had mortally injured him self. Another prisoner, named Hassett, a lifer, who has already sowed years, and is employed in the dispensary, stole a mixture of belladonna, arsenic, and opium’, and swallowed it. As the warders entered he threatened to stab anybody with a spike he had secured if interfered with. He finally sank to the ground, and strong emetics were given to him. It was alleged that unmentionable crimes have lately taken place in tho gaol. The prisoners were afraid they would be charged with complicity, and therefore attempted suicide. A full inquiry was demanded by the residents.

In the Divorce Court on this day in 1902, James Stokes, aged 56, sued for a divorce from Priscilla Stokes (48), the ground of, desertion. Petitioner stated that he was a warder at the Geelong Gaol at the time he married respondent, and at the time of his marriage he was a widower with three children. There were three children by the second marriage, and his wife and he frequently quarrelled over the way the latter was bringing up his family. On one occasion respondent told him that she could not understand why she married an old fellow like petitioner.