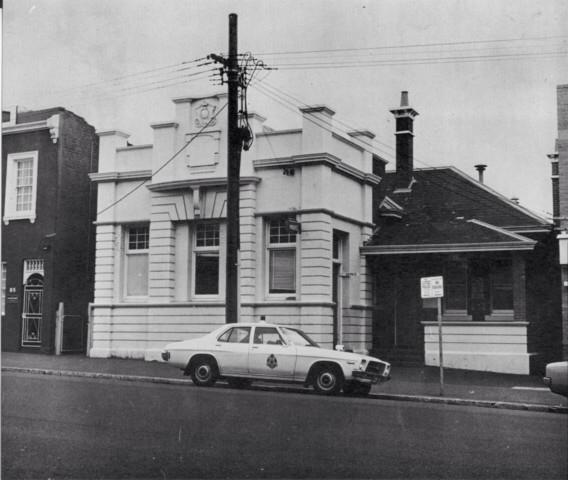 Five hours after retirement, a Criminal Court jury found James Raymond O’Keefe, 58, barrister, guilty of the murder of his crippled wife at their home in North Melbourne on this day in 1950. Mr. Justice Gavan Duffy sentenced O’Keefe to death. He said he would pass on the jury’s strong recommendation for mercy, which he would second. Shortly after the jury retired, they returned to ask whether mental or emotional provocation would justify manslaughter after physical provocation. When the Judge replied, “No,” Mr. Monahan, K.C., Senior Counsel for O’Keefe, objected. The Judge said the objection would be noted. Addresses by Counsel revealed conflict between the Crown and the defence whether some words in a confession to police by O’Keefe showed it to be a “mercy killing.” O’Keefe made no effort to tell the Court the story of happenings on the Sunday when he first attacked his wife with a knife, which was wrenched from him. Evidence stated that O’Keefe used a bread knife. After a five minute struggle, he inflicted fatal wounds on her throat. Instead of putting O’Keefe into the witness box, his counsel called 16 witnesses to say that O’Keefe was a kindly, considerate husband, whose tolerance to his wife’s tantrums had collapsed when his practice was ruined and his patience exhausted.

At an inquest into the death of Margaret Jean Alexander, aged 20 years, of Belfast road, Montrose, on April 26, the coroner Mr. D. Grant found that she had died from shock and cardiac paralysis, due to an illegal operation. May McNeal, of Bennett street, Richmond, was committed for trial at the Criminal Court on June 10 on a charge of murder.

“In my opinion, your crime was particularly bad, and you are Lucky that the charge of which you were found guilty was not one of murder,” said Mr. Justice Gavan Duffy in the Criminal Court to-day when sentencing’ Esbert Robin Ridgeway (24), of Bruce street, Bentleigh, truck driver, to six years’ imprisonment. His Honor said the Jury found Ridgeway guilty of manslaughter with a recommendation to mercy He had taken this recommendation into account or he would have imposed a more severe sentence, but it was his responsibility to impose a substantial penalty. Ridgeway first came before the Criminal Court in December on a charge of the manslaughter of Vincent Patrick Quinn (28), of Bendigo street, Bentleigh, bricklayer. The jury disagreed, and Ridgeway was again brought before the Court at a subsequent sitting on the same charge. The evidence showed that on April 20 a fracas occurred in a Bentleigh cafe. Ridgeway was put out, but the melee continued in the street Ridgeway was seen to have a knife and “take a swlng” with it. Immediately afterwards, groaning came from Quinn, who sank to the ground and subsequently died.

The jury in the Criminal Court this evening found Victor Dowling, a 19-year-old soldier, guilty of the manslaughter of his 15-year-old wife, Jean Dowling, who was shot dead at her mother’s home in North Carlton on April 19. Dowling was presented for trial on a charge of murder, but the jury acquitted him of that charge and strongly recommended him for mercy. Dowling was remanded for sentence.

The mystery of a woman’s body, found in a cupboard at Thomas Garrity’s fish shop, in Bay-street, Port Melbourne, on this day in 1931, was related to the jury and Mr. Justice MaeFarlane, in the Criminal Court, when Garrity was charged with having murdered. Mrs. Rose Harvey, 51. The Crown Prosecutor said Mrs. Harvey died from severe head injuries, inflicted by a hard instrument or a kick. On the day before the murder, she had several drinks with Garrity in a city hotel, and later they went to Garrity’s shop. At midnight a man heard the voices of a man and woman in the shop, and half an hour later a constable was passing the shop when he saw shadows on the glass partition. The shadow were of a man and woman struggling. The man had hold of the woman’s throat, and he saw her tear the man’s hands away. Some hours later Garrity asked taxi-driver to dispose of a body for him. He said he had found the body dumped on his premises after two men and a woman had left his shop. The taxi-driver took Garrity to the police station, and Garrity told the police. that lie was drugged by people, who were in his shop, and found the body when he woke up. The Crown Prosecutor said the evidence pointed to Garrity striking Mrs. Harvey dragging her body upstairs, bringing it down again, placing it the washhouse, and then in the cupboard. Cross-examined. Dr. Hart, who, was called by the police to examine the body before it was moved from the cupboard, said it would have been very difficult for one man to have placed the body in the position in which it was found. The hearing was adjourned.

Jason O’Mahoney was charged at the Criminal Court, with manslaughter of his wife, Catherine, at Carlton, on April 7. It was alleged by the Crown that O’ Mahoney had knocked his wife down and had caused the injuries which resulted in her death. O’Mahoney denied that he had kicked his wife. The injury which caused her death was brought about by her having fallen over the bedstead. The jury returned a verdict of not guilty, and O’Mahoney was discharged.

A Yugoslav migrant was sentenced in the Criminal Court to two years’ gaol for having fatally stabbed his wife at Bonegilla Camp, North East Victoria on this day in 1950. The migrant, Milo Radevic, is a former officer in the Yugoslav Royal bodyguard. The jury found him not guilty of murder, but guilty of manslaughter, with a recommendation for mercy.

The charge of murder against Charles Wilson in connection with the death of James Gregory in a disturbance at Carlton on this day in 1915 was withdrawn at the City Court. Detective Bannon, who has been making inquiries into the affray, stated that it was not the intention of the Crown to go on with the charge of murder, it was intended to file a presentment on a charge of manslaughter. The Chairman of the Bench filed for a certificate from the Crown to that effect. Subsequently Detective Bannon obtained a memorandum from the Crown Law department that no certificate, was required, as Wilson was in custody. The memorandum further set forth that the Crown had filed presentments against Charles Wilson and also James Andrews, both of whom were now charged with the manslaughter of James Gregory. A Judge’s order had been served on the gaoler, and Wilson would now be brought before the Criminal Court. The Bench consented to the charge against Wilson being withdrawn.

Sentence of death was passed this afternoon in the Criminal Court by the Chief Justice (Sir John Madden) upon Clarence Victor Sefton, who had been found guilty on a charge of child murder. The victim, an infant, one month old, was the illegitimate child of Sefton, and was born on February 17, in a nursing home at East Melbourne. On the night of March 22, Sefton got it from another, saying that he had arranged to hand it to a woman who wished to adopt it. On the 4th of April the child’s body was found in the Yarra near the Punt Road Bridge. The jury, after a retirement of an hour, returned to the Court with a verdict of guilty. Sefton, in reply to the usual question whether he had anything to say why sentence of death should not be passed upon him; said—”You are making a big mistake; that is all. I am not guilty, not that much” (snapping his finger). The Chief Justice, in passing sentence of death, said cases of the kind required the greatest possible attention, as being of the gravest character, and because hardly a week passed in which some innocent child was not found similarly dealt with. It showed a disorder in the community which was grave and terrible, and one which the law should control. Sentence of death was then passed, and the prisoner, who was visibly affected, was removed to the cells.

The jury in the Criminal Court took only eight minutes to decide that John K. Donnelly, 19, apprentice carpenter, of Ferntree Gully, was not guilty of a charge of the murder or manslaughter of his stepfather, John Palmer. Donnelly told the court that he shot his stepfather on this day in 1948 when Palmer was attacking his mother. He knew his mother was going to have a baby and his only thought was to prevent Palmer from killing her or earning her such harm that she would die. Mrs Palmer, mother of the accused and nine other children, told the court that Palmer had beaten her regularly.