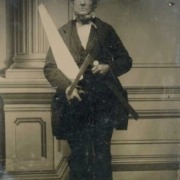 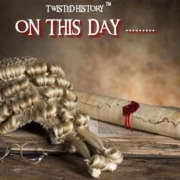 A blind man named Columbine was sent to the Geelong gaol on this day in 1923, to awaiting trial. He was to have been tried, at Ballarat the previous week, but the case had been adjourned till August 18. Columbine,who is said to have been a league footballer in pre-war days lost the sight of one eye at the war. After his return, it is alleged, he separated from his wife, who went to live with her parents at Maryborough. Columbine went to his mother-in-law’s house, where a disturbance occurred, as a result of which he was given into custody. Subsequently acute inflammation of the good eye set in, and the eye had to be removed. 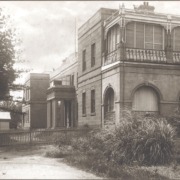 Two old men of the Geelong Benevolent Asylum had a disagreement on this day in 1914, over the cleaning up of their dining-room, and one, a recent transfer from the Geelong Gaol, is alleged to have struck a deaf and dumb Chinaman with a stick, injuring his arm. The police have taken up the case, and it is likely that the aggressor will return whence he came. 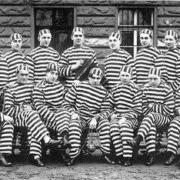 Five prisoners from Melbourne penal establishments were received on transfer to the Geelong Gaol on this day in 1911. They were all of the harmless class usually
sent to Geelong to recuperate. 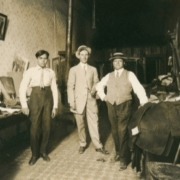 Reginald Lewton was remanded at the City Court on this day in 1924, to appear at the Geelong Court of Petty Sessions on a charge of having, in March, broken and entered the tailor’s shop of Deakes and Bowden, Geelong, and stolen a quantity of suiting valued at £200. 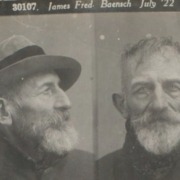 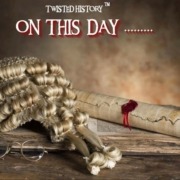 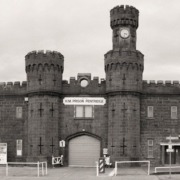 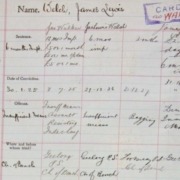 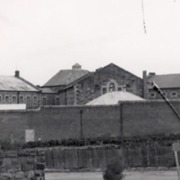 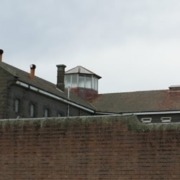 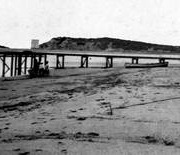 CHARGED with having wounded Francis Gerald Ryan with intent to murder him, Eugene Francis Fitzpatrick, medical practitioner, of Como pde, Mentone, appeared before the Geelong City Court yesterday. He pleaded not guilty. Ryan, a fish merchant, of Derby st, Kensington, said that he and George Sevior went to Barwon Heads on July 6, and soon afterwards went to see Dr and Mrs Fitzpatrick, whom he had known for six or seven years, and who invited them to have tea with them. After tea he and Sevior, with the Fitzpatricks, went to his (Ryan’s) house and had some liquor. Later Mrs Fitzpatrick remarked that the doctor had had too much liquor, and should go to bed. Ryan offered to take the doctor home. After showing some resentment Fitzpatrick was assisted to the back door of his house. Mrs Fitzpatrick had remained behind so that her husband might drop off to sleep before she went in. Ryan returned home, and soon afterward, as he and Mrs Fitzpatrick were talking, he heard a row and a gunshot at the back of the house. He went to the back door and was shot in the right elbow.

To Mr R. V. Monahan, KC (for Fitzpatrick), Ryan said that he and the doctor were great friends, and no reason was given for the doctor wanting “to harm him.

George Francis Sevior, fish hawker, of Altona, said he went to bed about midnight. Ryan rushed into his room and said, “Get up quickly. Someone is shooting through the back door.” He heard several shots. Ryan went to the back door. A shot was fired, and Ryan was shot. He heard five shots fired.

Senior-constable Simpson said he was called at 2am on July 7 by Ryan, who was accompanied by Sevior and Mrs Fitzpatrick. Five minutes later he heard a noise on the front verandah, and Fitzpatrick called out, “Open the door. I know Ryan is here. Come out, Ryan, you aren’t going to do that to me and get away with it.” Through the door he asked Fitzpatrick what was the matter. Fitzpatrick replied, “Let me in. I’ve shot Ryan, and I’ll shoot him again.” Witness opened the door and saw Fitzpatrick holding a gun. He seized him and took the gun away. At the Geelong detective office Fitzpatrick, when told that Ryan had been shot, said he “could not remember a thing about it.” The hearing was adjourned.