Shortly after eight o’clock, the extreme sentence of the law was carried into effect upon George Whitfield Pinkerton, the murderer of the unfortunate Mrs Smith and infant at Brighton, the particulars of which must fresh in the recollection of our readers. From the moment of Pinkerton’s condemnation, the Rev. Mr. Hetherington, Presbyterian minister, has been unremitting in his attention to him, and it is to be hoped that the Rev. gentlelman’s exertions have not been without their beneficial effects. The same apparent indifference to his fate which was manifested by the prisoner at his trial, was however persevered in to the last moment; no expression of regret for his enormous crime escaped him, and to those around he frquently ridiculed the only plea which could have assisted to save his life. His health had become much improved since his trial, and there can be no doubt he would, under skilful medical treatment, have fully recovered from the inflicted injuries, which it was at first thought would have proved fatal within a few hours of their infliction. During the night previous to his execution, Pinkerton slept soundly and on waking immediately remembered and remarked upon that being his last day upon earth. He attired himself in the suit which he had worn upon his trial and at an early hour was visited by the Reverend Mr. Hetherington, to whom he apparently attended with great attention till within a few moments of eight o’clock, when the wretched man who was so soon to terminate his career upon the scaffold, appeared in the passage, when, upon a signal from the Governor of the Gaol the executioner, who had been for some time in the western extremity of the Gaol, made an appearance, and commenced the task of pinioning the prisoner’s arms. It has been remarked by persons in the habit of attending public executions that it is at this moment the courage of the prisoner usually gives way. Such was certainly not the case on the present occasion, the prisoner remaining as firm as a rock, and immediately afterwards the white cap having been adjusted, he expressed his readiness to meet his doom. On entering the yard in which the instrument of death was erected, the sight which usually strikes terror to the hearts of the most hardened, had no effect on him. He mounted the scaffold with a firm step, attended by the Reverend gentleman we have named, and on the very instant that he reached the platform, the rope was adjusted round the criminal’s neck, the bolt was drawn, and all was over. Death, to all appearance, did its work in a moment, without creating even the slightest appearance of a struggle in the victim. On gazing at the suspended and stiffened corpse, the thought intruded itself that such a scene was more adapted for the barbarous ages than an enlightened nineteenth century. The number of spectators was quite as large as usual on such occasions, notwithstanding the inclemency of the weather, and amongst them, to their shame be it said, we observed many females and children. The body, after hanging an hour, was cut down, and upon examination, the features were found to be distorted to a far less extent than is usually the case. It has been stated to us upon good authority, that Pinkerton within the last few days admitted to a person who visited him, that his original statement to the effect that the attack upon poor Smith was unpremeditated, was untrue. Doctors Youl, Barker, and Hutchison, held a post mortem examination on the head of the murderer, and gave a written opinion which could not fail to prove satisfactory to the Executive Council that the brain was in a sound healthy state, and denoting nothing to lead to the supposition that he had ever been deranged.

It was arranged by the Penal authorities, that Mr. R. Paterson, governor of the Geelong gaol, shall take over, the charge of the Melbourne Gaol on this day in 1908. He return to Geelong in the evening, and hand over the care of the Geelong gaol to Mr Furnell, of Beechworth, who has been appointed to succeed him. Mr. Paterson was extremely popular with his staff, who regret his departure from Geelong.

Convict Jeremiah Lee was charged at the Geelong Gaol with disobedience of orders by Turnkey Sharry and was sentenced to be discredited from billet by the Governor.

On this day in 1875, Mr Peter Dwyer, Governor of the Geelong gaol, was asked upon what terms the labour of prisoners can be obtained for working in the Geelong Botanical Gardens.

Convict George Ingram was charged with using filthy language at the Geelong Gaol by Turnkey Bridget Burns and was admonished by the Governor.

Convict Henry McKay was charged with using filthy language at the Geelong Gaol, by Turnkey Bridget Burns and was admonished by the Governor.

Convict William Henry Strut was charged at the Geelong Gaol, with disobedience of orders by Turnkey Wheatland and was sentenced to 48 hours solitary confinement with bread and water by the Governor.

Convict Elizabeth O’Connor was charged at the Geelong Gaol with disobedience of orders by the Female Turnkey Mary Byrne and was sentenced to 48 hours solitary confinement with bread and water by the Governor. 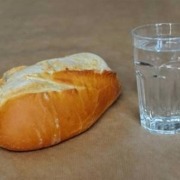 Convict Alice Smith was charged at the Geelong Gaol with insolence by Female Turnkey Murphy and was sentenced to 24 hours of bread and water by the Governor.

It was decided on this day in 1908, that some important changes in the Penal Department with the transfer of Mr. R. Paterson, governor of the Geelong gaol, to a post in the Melbourne gaol. Mr. Furnell, governor of the Beechworth gaol, succeed him in Geelong.

At 10am on the 10th of March 1866, at the Castlemaine Gaol, a Chinaman named Long Poy, was executed for murder. Before the execution, the Rev Mr Allnutt attended the criminal, with James Ah Coy, interpreter of Castlemaine. Long Poy was deeply affected and resigned to his fate. He still gave the same account of the murder as at his trial. When the Sheriff entered the condemned cell, the unfortunate man gave himself up quietly, and walked out after the Sheriff and Governor of the Gaol to the drop, which is immediately outside that cell on the gallery, and whilst the funeral service was being read in the usual way (Long Poy being a Christian) and whilst the hangman tied his arms to his sides, pulled the white cap over his face, and adjusted the rope, the convict spoke several times in Chinese, chiefly about his brother caring for his young wife, a Sydney native, and infant, so long as she remained unmarried; also about sending her to her parents to Sydney, and further saying that if she wished to get married she was not to be prevented doing so. Whilst so talking, blindfolded, in a strong clear unfaltering voice, and warning his brother against quarrelling, the fatal bolt was drawn and the body fell with a shock, dislocating the neck, the feet being then suspended about two feet from the flags of the corridor, There was not much convulsion of the body perceptible, but the feet and legs trembled so as to cast off the left boot. The pulse did not cease wholly to beat for eight minutes after the fall; in Young’s case, a powerful man, he died in less than one minute, but the deceased was of slight build. MThere is little about the formation of this place of execution to give the feeling of horror connected with the old gallows. It is a simple yet perfect contrivance; a broad board forms part of the crossing of the gallery floor, with a beam above it, appearing a portion of the roofing, over which hung the rope, the only emblem of the painful scene thereto be enacted.