Convict George Ash was charged at the Geelong Gaol with Assault of a fallow prisoner Stewart and was sentenced to 24 hours on bread and water by the Governor.

There was great excitement in Wodonga on this day in 1926 when the Rev. William Dawson the Congregational Minister, had been taken to Gaol in Beechworth. All over the matter of Principle….. The Rev. Had refused to pay a fine imposed on him by the court for riding his bicycle at night without a light, on the grounds that a council officer who was also without a light, was not similarly charged. His stay in gaol was brief. Within an hour, the Governor informed him that he was free to leave. Perhaps fearing the doors of the gaol may have been destroyed in an earthquake, or by some other manifestation of the heavenly wrath, someone had quietly paid his fine. He emerged from bondage still making unrepentant statements.

Convict John Bingham was charged with disobedience of orders to the Chief  Turnkey on this day in 1857. Bingham was given 3 days in solitary confinement on half rations by the Governor.

Convict Mary Donnell was charged with obscene language and assault on fellow prisoner Charlotte Frizzel on this day in 1854. Donnell was charges by Turnkey Gasston, and given 3 days solitary confinement by the Governor.

Convict Michael Mahon was charged with insolence to Gaoler, at the Geelong Gaol, on this day in 1857. Mahon was reported by the Governor and was given 48 hours in solitary confinement on bread and water. 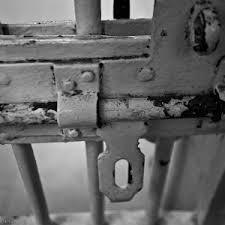 Convict Cain Brookes was charged at the Geelong Gaol on this day in 1862, with refusing to work. He was charged by Governor, was given 14 days in solitary confinement.

Convicts William Lawrence and William Turner were both charged with fighting at the Geelong Gaol. They were charged by the overseer of labour and given 24 days solitary confinement by the Governor.

The Geelong gaol reopened on this day in 1947, under the control of Mr. C. McGann, governor, and a staff of warders. The gaol had held military prisoners for the during the war.