An Indian, who had developed symptoms of insanity since his transfer to the Geelong gaol from Melbourne, was token to the Yarra Bend Asylum. With the Indian travelled an elderly lunatic patient who was committed to the Kew Asylum by the Geelong bench. The pair were under the care of Mounted constables Toomey and M’Phee.

John Kevin Seach, 26, quarry worker, was sentenced to death in the Central Criminal Court today after a jury convicted him of murder. Seach, who showed no emotion when the verdict was announced, had pleaded not guilty, on grounds of insanity, of murdering John Frederick Ward, 7, at Portland on October 30 last year. The Chief Justice (Mr. Justice Street) described Seach’s crime as an abhorrent and detestable one. The Crown Prosecutor (Mr. C. V. Rooney, KC) said that Ward and another boy, Albert Colin Spiers, 7, disappeared while they were attending a sports meeting at Portland on October 30. Their bodies were found in a cave four days later. It was alleged that Seach had lured them to a cave in a local quarry, claiming that he would show them some pigeons’ nests.

Mrs Ena McKenzie, 38, who allegedly who drowned her three children in the sea at Cowes on October 24. was to-day acquitted by the Criminal Court of a charge of murder on the grounds of insanity. Evidence was given that Mrs McKenzie had a distressing line of hardship, until her health broke down.

After a retirement of about three hours the jury found John Hope Boles guilty of the murder of Kathleen Dorman aged 28 years on this day in 1934. They added a strong recommendation to mercy. Mr. Justice Gavan Duffy, before whom the case was tried in the Criminal Court, sentenced Boles to death, adding that the recommendation would he forwarded to the proper quarter. Boles was charged with the murder of Miss Dorman in July, 1933. He was arrested a year after the murder at Ensay, near Omeo, where he had been working as a rabbit trapper. Mr. Mulvaney, who appeared for Boles, indicated that the defence would be a plea of temporary Insanity. He called evidence to show that Boles had talked of suicide before the murder, and he also called psychiatrist, Dr. Godfrey, to prove that Boles was of neurotic temperament. Boles, in a statement from the dock, said that his relationship with Miss Dorman were of the most innocent kind. Both of them were passionately In love, but when he lost his employment he could think of nothing but suicide. When he called on Miss Dorman for the last time he intended to leave her, and then take his own life. He had no recollection of events immediately before or after the murder, and it was not until some time after he left Miss Dorman’s house that he realised that he had done something terrible.  Boles, who was greatly affected while making his statement, concluded saying: “Whatever happens to me now whatever the verdict may be, no one can feel the terrible horror that I feel when I realised what I had done to her the only one In this world that I loved and adored.”

The Italian, Antonio Soro, was found guilty in the Criminal Court to-day of the murder at Royal-park, on September 14, of Miss Patricia Angela Bickett, school-teacher, aged 28, and was sentenced to death. Expert evidence was given of the accused’s sanity.

When the jury brought in a verdict of guilty Soro trembled and sobbed violent-ly and when asked if he had anything to say why sentence of death should not be passed on him made no reply. Mr. Justice Hood then pronounced sentence of death.

An Indian, who had developed symptoms of insanity since his transfer to the Geelong gaol from Melbourne, was token to the Yarra Bend Asylum. With the Indian travelled an elderly lunatic patient who was committed to the Kew Asylum by the Geelong bench. The pair were under the care of Mounted constables Toomey and M’Phee.

Henry Bennett was charged with the murder of his uncle, George Thomas May, at St. Kilda, on this day in 1890. A plea of insanity was advanced by the defence. Bennett, who is a youth, shot May alleging that he had mistreated his mother, Mrs. Bennett. 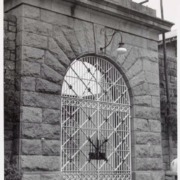 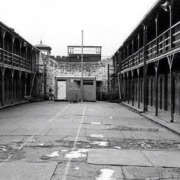 Beatrice Ivy Adcock aged 18 years was charged with having murdered on this day in 1927, a male child at Donald. Accused pleaded not guilty. A verdict of not guilty was returned on the grounds of insanity at the time, and Adcock will be detained at the female prison at Coburg until her case is dealt with.