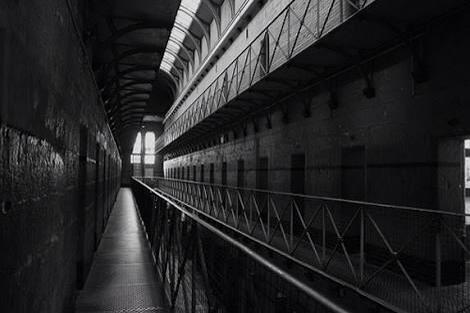 Basilo Bondeitto, who was, after a three days trial, convicted of the murder of Carlo Comisto, at Sandy Creek, Victoria, on or about the 4th September last, suffered the extreme penalty of the law for the deed on the morning of Monday, December 11 in the Melbourne Gaol. They lived together on a selection of Comisto’s charcoal burning for about 8 months. Comisto made arrangements to go to Melbourne on business about the 4th September, but was never seen alive afterwards. Bondietto could not satisfactorily account for his mate’s absence, having ventured contradictory statements. The hut and surroundings where they lived were searched and stains of human blood were found on the wood-work and on the axe, and bones belonging to human body were discovered in the charcoal kilns. This led to the belief that the man Comisto was murdered by Bondietto and his body afterwards consumed in the kilns. Bondietto was a Swiss, and Comisto an Italian. He was tried by Mr. Justice Stephen. Strenuous efforts were made in Melbourne to get a reprieve. Sir George Stephen sent a letter to the Governor of the Gaol, protesting against his being executed until an appeal had been made to the home authorities. The jury who tried him also sent a petition to His Excellency, stating their belief that “if the prisoner had been acquainted with the English laws and language, the circumstances of the alleged murder would, have resolved themselves into the crime of manslaughter. The prisoner, who was a member of the Roman Catholic Church, was attended by Rev. Fathers O’Malley, Gordon, and Donaghy. The rev gentlemen were able to converse with him in his native language. Prior to his execution his appetite was good, and the gaol allowance was hardly sufficient for him. He professed to be altogether ignorant of the English language. He was about 60 years of age. Before mounting the scaffold, he appeared to be suffering terribly, although doing his utmost to keep himself up. Father O’Malley asked him if he had anything to say, and in reply, he made some remark which was not intelligible. Death was instantaneous. Gately, who is undergoing a sentence of imprisonment, performed the duties of hangman.

Yesterday morning, at ten o’clock, the culprit James Barrett, convicted at the last criminal sittings of the Supreme Court, Melbourne, of the murder of Mrs. Beckinsale, suffered the extreme penalty of the law, in the presence of about sixty persons. The wretched criminal, who had been brought up as a Roman Catholic was attended in his last hours by the Rev. Fathers Bleasdale and Williams, who performed the last rites of the church applicable to the occasion. The prisoner throughout the preparations and down to the time the drop fell, said nothing, but appeared to feel an indifference as to his fate, which was shown in a quiet and impassive demeanour, and he died almost without a struggle. It appears that on Monday evening, about eight o’clock, the wretched man said he wished to write a statement or confession of the crime for which he was to suffer. A prisoner who was confined with him was then allowed to write the following, at the dictation of Barrett, who read it carefully over and signed it: — “Confession of James Bermingham, alias Barrett. On the 21st of October I went to the house of Mr. Beckinsale, and saw Mrs. Beckinsale in the bedroom, in the act of putting on her boots. I demanded what money she had in the house, she threw about £6 in silver on the bed, and commenced crying and making a great noise. I then struck her with a tomahawk I held in my hand on the head, and followed up my blows until I killed her. I then robbed the house of about £6 in silver, a watch, and a pair of boots;   I then locked the door. I am not certain what I did with the key. It is not through (true?) that I chased Mrs. Beckinsale round the house; everything took place in the house. Mr. Beckinsale was away from home when I committed the murder. He had no knowledge of my being about to commit the murder. I used no weapon but the tomahawk. (Signed) JAMES BERMINGHAM, alias BARRETT. Witness — F. M. Quin, senior-turnkey. November 30, 1863.” The account given by him of himself was that he was fifty years of age, and was a native of Cork, and had originally enlisted in the 36th Regiment, but having struck one of the sergeants was transported for seven years, and arrived in Australia by the Lord Goderich, in 1848, in bonds. On gaining his freedom he worked as a labourer, but ever afterwards led an irregular life. The usual formalities, the inquest, &c., were observed, as required by the Private Executions Act. It may be remarked, that the conduct of the persons permitted to be present in the gaol yesterday morning was marked by such disgraceful impatience, that if it were possible to publish the names of all that were present, it would show, in the great majority of the names, what persons should not be allowed to intrude themselves on any such solemn occasion. It appeared at one time, while the process of pinioning was being performed, that the crowd would have so pressed upon the ministers of religion, the executioner, and the culprit, that there would not have been space for the proper conduct of the ceremony; and as the spectators passed through the door into the gallows-yard, there was a crush as of an eager and rude mob rushing the entrance of the pit-door of a theatre. It seems so much the more strange that such conduct should have been observable, as there was an unusually large number of the police present, both officers and men.