Five men named Ginglingbury, Apper, Taylor, Flanders, and Hanley have been arrested on a charge of murder in connection with the death of Yee Moon, the Chinese gardener. Moon died in the Melbourne Hospital on January 3. He had been admitted for treatment of injuries sustained in a disturbance on December 10.

At the inquest on Margaret Whiteside, who died on November 19 from burning, it was shown that she had lived with a man named Ernest Sims, and evidence was given by the son, Ernest Sims, a boy four years of age, who said the deceased was his mother, and that his daddy had set mamma on fire by throwing a lamp at her. Sims was found guilty of wilful murder.

The State Government has decided to offer a reward of £600 for the apprehension of Alexander Thomas, whom the Coroner declared guilty of the murder of Miss Bridget Enright at staghorn Flat, near Wodonga. 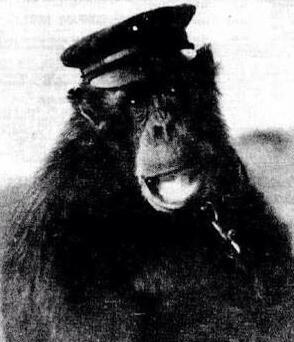 Neville Read Hudson (29), dry cleaner, of Chirnside Avenue, Werribee, yesterday was sent from Geelong Coroner’s Court, for trial at the Supreme Court on a charge of manslaughter.  The inquest, conducted by Mr. Steedman. S.M., was into the deaths of Charles Maxwell Marshall (29), and Francis Henry Chandler (27), both of Werribee, who were passengers in a car driven by Hudson and which crashed into another car on Princess Highway near Waurn Ponds on December 5. 1952. Hudson was released on £300 bail

An inquest was held on the body of Bertha Elizabeth Whitford, a domestic servant, 29 years of age, who was admitted to the Melbourne Hospital on November the 30th, and died in that institution on December the 3rd. The Coroner, in his finding, said “the death of the deceased was undoubtedly due to blood poisoning brought on by an operation, and the evidence points to Florence Hope as being the person who performed the operation, and I find that the cause of death was blood poisoning, and that Florence Hope is guilty of wilful murder. Mrs. Hope was committed for trial at the Supreme Court criminal sitting to be held on February the 15th next. Bail in accused’s own recognisance of £200 and on a surety of £200 was allowed.

On the charge of having murdered John Edward Sigward Ericson at Macedon on December 2, Aurelia Pomare of the Aliens’ Forestry Camp, Macedon, was remanded to December 12, in the City Court today. Sub-Inspector Ainsworth (prosecuting) said it was alleged that Ericson and Pomare, who were employed in the forestry camp at Mount Macedon, had an argument and as the result, Pomare stabbed Ericson with a pair of scissors, from the effects of which Ericson died soon afterwards.