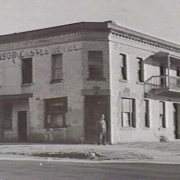 In 1938, a double murder took place in the now defunct Windsor Castle Hotel in Dunolly.  One of the last sightings of the murdered men and their murderer was in the bar of the Railway Hotel in Dunolly.  Join Twisted History for dinner and a paranormal investigation here on February 23, 2019.

Noise Said To Have Led To Deaths 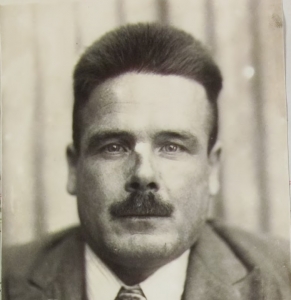 They were found in a padlocked upstairs room of the delicensed
Windsor Castle Hotel at Dunolly on October 6 with their heads battered.

Johnson pleaded not guilty to the charges of having murdered Bunney and Gray.

Mr Cussen said that on October 3 there were five people living in the hotel.  Gray and Bunney had lived there for years. On September 26 Johnson arrived there. He said that he was on sustenance and wanted to live there, but could not pay.

On Monday morning, October 3, Gray was seen alive and Bunney was seen alive about 5.15 p.m. by the postmaster.  After that neither of the men was seen until the Thursday. In the meantime Bunney’s room, although it was open, had not been used. Gray’s room was
padlocked.

Two men looked for Gray and Bunney on the Thursday. One of them
climbed to the verandah and saw the men lying dead side by side. When entrance was gained the two men were found with their heads battered. A bloodstained axe was found in the corner.

Johnson, on the Monday, had no money. On the Tuesday he was seen on the road to Maryborough, and got a ride, for which he paid 1/. He returned later, and this time paid 2/6.  When he walked into the Dandenong police station on the Friday he made a statement, although he was warned he need not make it.

Mr Cussen then read the statement alleged to have been made by Johnson. In it Johnson is alleged to have said that he was asleep on the ground floor of the delicensed hotel about 3 p.m. on October 3 when he heard Gray, who was on the top floor, hammering and making a loud noise. He took an axe upstairs and hit Gray on the head. Gray fell to the floor, Bunney came into the room, and he hit him on the head. He then locked the room with a padlock and
threw the key away.

His only excuse for killing Gray was because he was making a noise while he was trying to sleep. He had killed Bunney because he did not want him to be a witness.

He often became bad tempered, and he was in a bad temper when he killed Gray.  He stayed at the hotel for two nights afterward. He then walked to Maryborough, rode on a transport to Melbourne on October 6, stayed in the city that night, and walked to Dandenong
the next day.

One of the witnesses was Elizabeth Whelan, the licensee of the Railway Hotel in Dunolly who testified that Cazneau, Johnson and a man named Alexander and Bunney were in the bar on the Monday morning. Bunney bought Johnson two drinks and left.  Gray came into the hotel at 10.30 and bought a quart bottle of wine, but did
not drink it with the other men. He gave a £1 note and received his change in small silver. Gray took a quart bottle of wine a month.
Johnson had four pots of beer up to 11 a.m., when he left, and he had one again at 2 p.m.

Thomas William Johnson would be found guilty of the murders of Robert McCourt Gray and Charles Adam Bunney and was sentenced to death.

Johnson was executed at Pentridge Prison on January 23, 1939.  When asked by the Sheriff in the condemned cell whether he had anything to say, Johnson shook his head and indicated that he wanted the execution to proceed.

The Railway Hotel in Brunswick is a real historical gem from the 1880’s. A lot of its original charm still exists from the hidden guess life, attic accommodation and stables (outside bar). Being so close to the railway and the Brunswick brick work, bodies from accidents were brought and kept in the hotels cellar. Hotel claims to be very haunted. 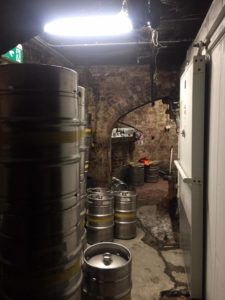 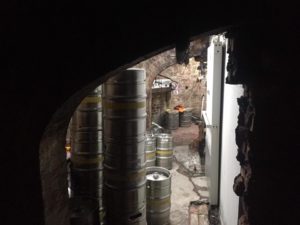 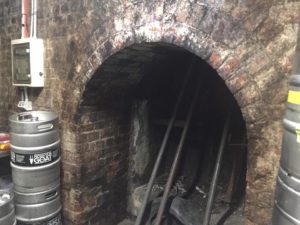