Convict Joseph Samuels was sentenced to death for burglary in Sydney in 1803. Whoever on the day of the execution 26th of September 1803, the rope broke 3 times. As Samuels was about to be executed the 4th time, the Governor stopped the proceedings on the grounds of divine intervention. Samuels left the gallows with his life and a sore neck.

The ‘Sydney Morning Herald’ reports that gold has been found at Lambing Flat, later the scene of Australia’s largest anti-Chinese riots. The region surrounding present-day town of Young in the central southwest of New South Wales was first settled by pioneers seeking good grazing land for their stock. “Burrangong Station”, owned by J.White, was the first station beyond Sydney and the Bathurst area to be included on a colonial map. Burrangong Station included a large area for sheltering ewes during lambing: this became known as Lambing Flat. Towards the end of June 1870, a stockman camped at Lambing Flat noted how the countryside resembled the gold-bearing geography of established goldfields. Washing a few shovelfuls of dirt in a billy, he was rewarded with numerous gold flecks. The Lambing Flat goldfields were subsequently announced in the Sydney Morning Herald on 4 August 1860. At the height of its popularity, the rich alluvial gold deposits attracted a population of around 20 000. While most of the diggers were from other parts of Australia, many migrants came from Europe and North America. Around 1000 miners were Chinese, and they soon became the target of violence from the “white” diggers. Due to unfounded suspicion and mistrust of the Chinese miners, within one year, Lambing Flat was to become infamous, not so much for the gold, but for being the scene of violent anti-Chinese riots.

Arthur Stace was born in Balmain, Sydney, in 1884. Growing up in a family of alcoholics, he fended for himself most of the time and also turned to drink. He returned from WWI shell-shocked, turning to a life of petty crime and a drinking habit that included cheap methylated spirits. One night, lured by the offer of a free cup of tea and something to eat up at a nearby Church Hall, he found himself at a meeting being conducted by Archdeacon R.B.S. Hammond of St Barnabas’ Church on Broadway. Stace was immediately captivated by the message of Christianity, and the model offered by the man proclaiming the message. He was converted that very night. Shortly after his conversion, Stace was listening to the evangelist John Ridley at the Burton Street Baptist Church. Ridley told of a man who was converted in Scotland through ‘Eternity’ being written on a footpath. Ridley called for someone to write Eternity on the footpaths of Sydney, and Stace knew that this was something he could do for God, to alert people to the condition of their own souls. For 37 years, he chalked ‘Eternity’ on footpaths throughout Sydney in a uniquely copperplate style, vastly different from his own usual scrawled style of writing.
Arthur Stace died of a stroke at age 87 on the 30th of July 1967. Ten years after he died, Ridley Smith, architect of Sydney Square, set the message ETERNITY in letters almost 21cm high in wrought aluminium, near the Sydney Square waterfall. On the 1st of January 2000, the worldwide telecast of millennium celebrations showed the Sydney Harbour Bridge alight with the word ‘Eternity’ in flowing copperplate, still proclaiming Stace’s message to the world.

Another Irish convict-turned-bushranger was ‘Bold Jack’ John Donohoe. He arrived in Sydney from Dublin as an 18-year-old in January 1825 to serve a life sentence on a settler’s farm in Parramatta. Donohoe escaped with two other convicts and together they formed a gang known as ‘The Strippers’ – named after their technique for taking everything from wealthy settlers. All three were eventually captured and sentenced to death. Donohoe escaped while being transported to the jailhouse. Eventually, he formed another gang of brazen bushrangers known as ‘The Wild Colonial Boys’. His bushranging days came to an end in a showdown with a contingent of soldiers and police on 1 September 1830. It was said that he shouted “come on” to the officers before dying from a shot fired by Trooper Michael Muggleston. “Bushranging was very common in the convict era,” says historian Hamish Maxwell-Stewart. “Australia was a prison without walls.”

The world’s first ever “talking clock”, whereby people could ring a telephone number to find out what the time was, commenced operations in Paris in 1933. Australia received its first talking clock on the 24th of July 1936 in Sydney, serviced from the General Post Office. Previously, people wishing to know the time had to connect their call through to a young woman employed specifically for the purpose of announcing the time to callers. Coincidentally, in England, the talking clock started at Holborn Telephone Exchange also on the 24th of July 1936. 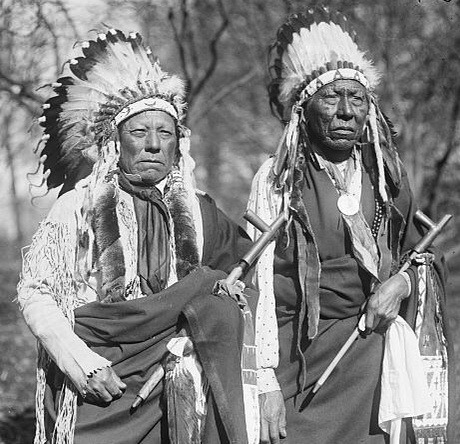 On this day in 1891, a bizarre scene on the streets of Sydney wandering in the streets of Kings Cross, looking quite out of place, even in an area noted for its variety of human eccentricity, were two North American Red Indian Chiefs, apparently lost, unable to find their way back to their teepee, which was located at some distance, where the Wirth’s Circus was playing. The two men, American Bear and Eagle Elk, had been brought to Australia by the circus. Their presence in Kings Cross was alarming the locals, and the pale faces were attacking the Indians. Friendless, a fellow North American came to rescue them from their attackers. In a charming twist of history, their rescuer turned out to be a retiredUS Cavalry Captain on holidays in Sydney.

The newspaper celebrated the first airmail flight from Melbourne Showgrounds to Moore Park, Sydney, on this day in 1914. The pilot carried 1785 postcards weighing in at 20kg.

A cartoon is a drawing that makes a satirical, witty, or humorous point. On 17 July 1924, the world’s first society of cartoonists, the Black and White Artists’ Society, was formed in Sydney.

On this day in 1907, Sydney was linked to Melbourne by phone. In the words of the paper, “People can converse directly with the words as they fall from their lips picked up and instantly transmitted the whole six hundred miles on the wings of harnessed lightning”.