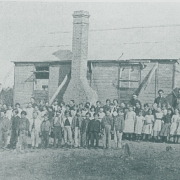 Albert Edward Quinlivan, 63 year-old driver of a train involved in a fatal collision at Moriac railway station on this day in 1952, was acquitted of a charge of manslaughter by a Jury in the Geelong Court. Mrs. Josephine Ethel Traynor aged 34, of Hawthorn East, died of injuries received in the collision.

A boy named Sydney Reynolds, nine years of age, son of the stationmaster at West Footscray, met with a remarkable accident yesterday evening.

At about half-past 5 o’clock he was with another boy playing on the West Footscray station. He had a rope tied round his waist, and the other boy was driving him. Reynolds’s companion let go the rope when the train from Sunshine to Melbourne came in, and Reynolds went to the edge of the platform, and dangled the rope over the kerb of the platform as the train was proceeding. All went well until the last carriage came along, then the rope was caught by the carriage, and the boy was dragged about 300 yards along the track. His head was injured by violent contact with the sleepers.

At Dr. Webb’s surgery at Footscray, it was found that he had sustained a fracture of the base of the skull. He was removed to Nurse Drysdale’s private hospital, where he died at about 9 o’clock last night. 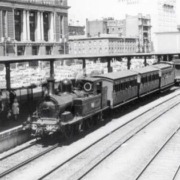 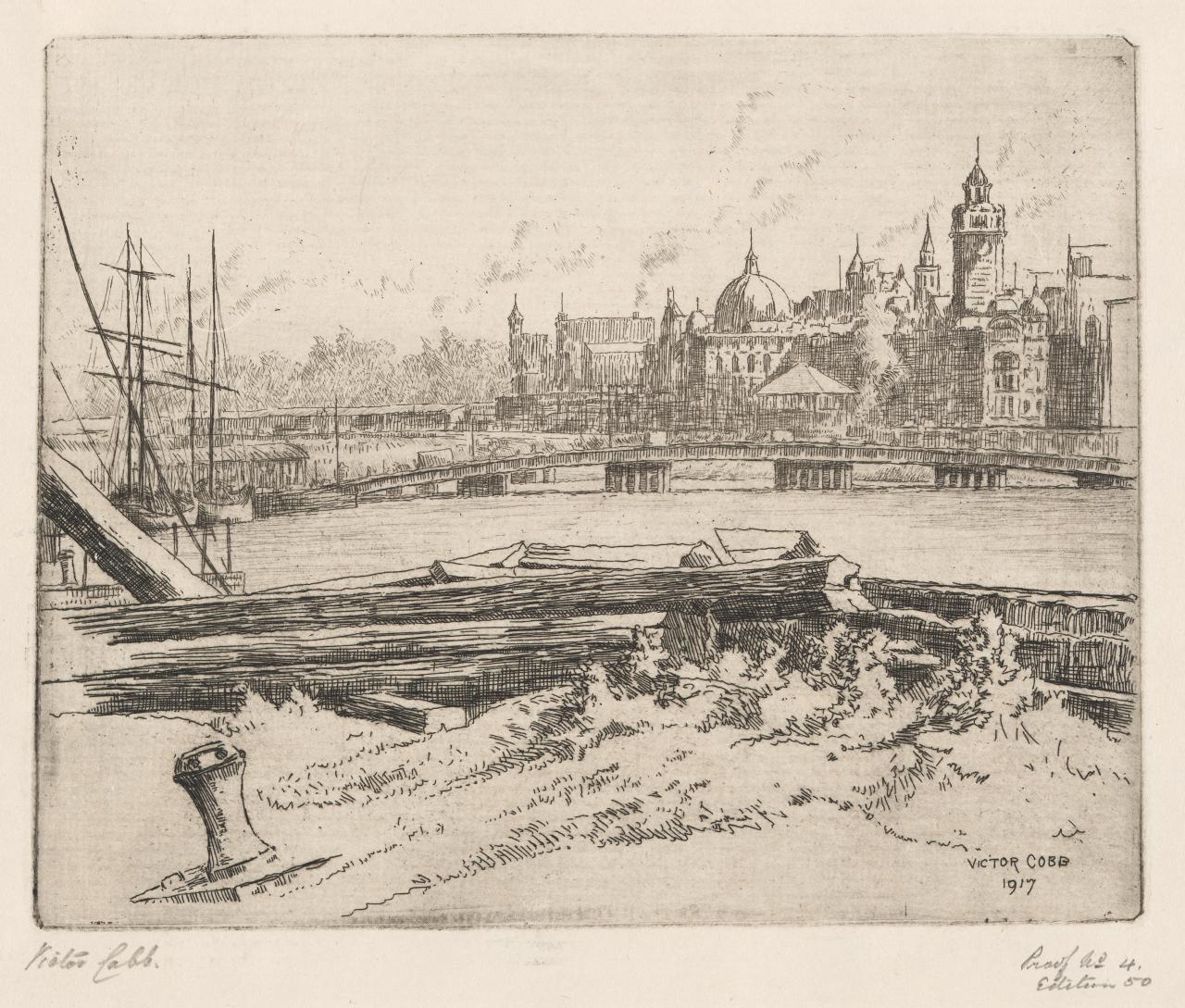 Before Mr Justice Hodges, in the Criminal Court this week, Horace Caston was charged with having, on October 9, attempted to murder Florence Caston, his wife, by pushing her out of a train while it was travelling between Richmond and Melbourne. There was a second charge of having with intent, caused grievous bodily harm.

Horace John Caston, giving evidence, said that he had provided a number of homes for his wife, and these had been broken up by her people’s interference. They had said that as she was a German she should have married a German. On the night of October 9, while they were on the Richmond station, his wife said that she would sooner kill herself than ” live with him again, and that the previous week she was thinking of drowning herself. After the train had started his wife again said she would not live with him, and commenced to scream. She went to the door and tried to close it, but could not. He told her to sit down, but she screamed louder and the child began to scream. He tried to quieten the child and when he looked round again his wife had disappeared through the open doorway. He did not touch her at all. They were on friendly terms when they got into the train and he kissed her. When he reached Flinders street he rushed back along the line and fell over some ashes. A little later, while in a dazed state, he was informed his wife was in the hospital, and he went there to see her. Mr Justice Hodges, In summing up, said that the wife had told a most extraordinary story, and the husband had told an opposite story. The question was whether the man pushed his wife out of the train with intent to murder her or to do her grievous bodily harm. Of the two stories told by the husband and wife neither was a satisfactory narrative. It was for the jury to say which story they believed.

The southern Aurora train passed though North East Victoria for the first time on this day in 1962. It was the beginning of a new era for rail travel between Melbourne and Sydney. Up till this date passengers had to change train at Albury in NSW. For this reason the Albury train station is one of the longest in the Southern Hemisphere, so two trains can park together.

Alberti Edward Quinlivan, 63 year-old driver of a train involved in a fatal collision at Moriac railway station on this day in 1952, was acquitted of a charge of manslaughter by a Jury in the Geelong Court. Mrs. Josephine Ethel Traynor aged 34, of Hawthorn East, died of injuries received in the collision.

Bert Gouller, aged 13 years, whose leg and arm were cut off through falling under a Coburg train at the Flinders-street station, died on this day in 1913.

A sensational accident has occurred at a level railway crossing. William Page, a vegetable hawker, aged sixty five, was crossing the line near Chelsea station, Victoria when his waggonette was crashed into by a train. He was killed instantly. 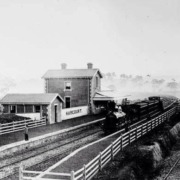 A serious railway accident occurred on this day in 1902 at the level crossing north of the Harcourt railway station. When the midday goods train from Bendigo was approaching the Harcourt station, an old man, 60 years of age, named Adams, was driving a spring cart across the line, when the tran smashed into him. The horse was cut to pieces, and the vehicle smashed to atoms, the occupant being thrown out, clear of the line, and sustaining many cuts and bruises. The train was stopped, and the unfortunate man was conveyed in the guard’s van to Castlemaine, and taken to the hospital, where the resident surgeon found that besides being badly bruised and cut, he was suffering severe shock. The approach of Bendigo trains coming to Harcourt can be seen for over a quarter of a mile along the line, but as the unfortunate man was blind in one eye, that may account for him failing to observe the train. 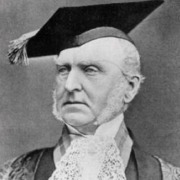