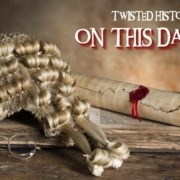 On this day in 1866, Thomas Creely, was sentenced to thirty months’ imprisonment in Geelong gaol, for fraudulently uttering a forged cheque. 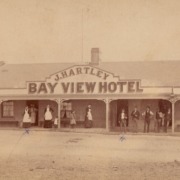 Elizabeth Wills, who has several times recently been fined for drunkenness, and was sent to the Geelong gaol for one month on this day in 1880. 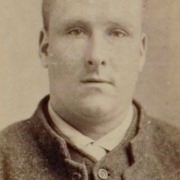 A magisterial inquiry was held at the Geelong Gaol, by Mr. P. Smyth, J.P., into the circumstances surrounding the suicide of a prisoner named John Hassett on the 6th of December 1901. Evidence was given by Mr. Charles Patterson, governor of the gaol, that the man John Hassett was 33 years of age, was sentenced to imprisonment for life, and was received into the Geelong Gaol from Pentridge on August 19, 1898. From the time of his admission his conduct was good, and for 12 months he had occupied the post of assistant to the medical officer (Mr. P. A. Croker, M.B.). 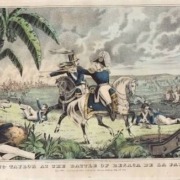 On this 1853, Goldman was arrested in the Plenty Ranges. He had probably been able to lose himself among the crowds of miners working on the goldfields, and had thus escaped detection until chance brought him within the ken of a former comrade, who remembered him, and knew the crime with which he was charged. He was brought to trial at Geelong, before Mr. Justice Barry, at the end of July. The only defence he could offer was that the occurence was accidental. Mainly on Adams’s testimony he was found guilty, and sentenced to be hanged, and pending the arrival of the death warrant fixing the date of his execution, he was kept in the Geelong gaol, which had been completed and occupied only about three months before. Public sympathy was rather deeply aroused for this unfortunate young man, who was a Russian by birth, and had served in the Mexican war of 1846-47. It was felt that at the worst he had been the victim of a sudden impulse, and that he was not guilty of a cold-blooded, premeditated crime. An extensively signed petition was forwarded to the Lieutenant Governor from Geelong for the commutation of his sentence to a term of imprisonment, but this met with a refusal. The execution was fixed for Monday, August 15, and a scaffold, the first to be erected in Geelong, was constructed in front of the gaol, in accordance with the barbarous custom which in those days made a hanging a sort of public entertainment. 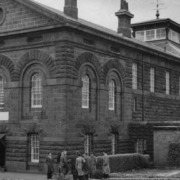 Three prisoners from Pentrnlge were received at the Geelong gaol on this day in 1910. The behaviour of the prisoners in the gaol has been remarkably good lately, and the visiting magistrate has had no cases brought under his notice. 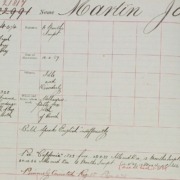 Sentence of three months’ imprisonment was given to a man named John Martin, an inmate of the Geelong gaol, who had just completed his term, but was unable, through illness, to leave the institution. Mr Pinniger, the governor of the Gaol stated that Martin was suffering from an immense tumor in his throat, and it was believed that he could not live much longer. 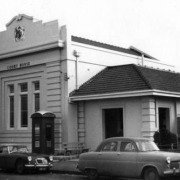 Richard Ryan was was to gaol for one month by the Coburg Court for stealing a butcher’s knife. Ryan had only bean, discharged from the Geelong gaol four days earlier, after serving a sentence of 12 months. He only enjoyed liberty for a few hours when he was arrested at Coburg by Constable Crawford on the above charge, when trying to sell the stolen knife. 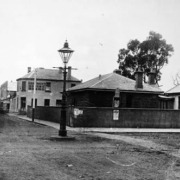 Senior-constable Davidson arrested a youth, about 18 years of age, on this day in 1880, and charged with committing a capital offence upon an elderly woman named Wright, residing at the Springs, near Queenscliff. He was remanded to Geelong gaol. 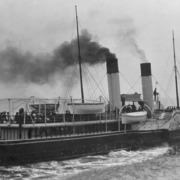 The convict Ethridge, who was remanded from Sydney to Geelong, charged with embezzling money from the Bank of New South Wales, in Geelong. He arrived in Melbourne by the steamer Alexandra, and after spending a few hours in the watch house was forwarded on to his destination by the mid-day train to Geelong. 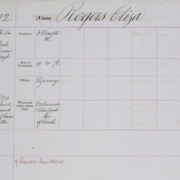 On this day a magisterial enquiry was held at the Geelong gaol, by Mr Pardey, J.P., on the body of an aged woman named Eliza Rogers, who died there in the morning, The evidence showed that the deceased had been sent to the gaol by the Geelong bench for six months, on a charge of vagrancy, on the 30th May last. She was then ill, and the following morning she commenced vomiting large quantities of blood. Every attention was paid to the poor old creatnre by tho officers, but she died in the morning. A verdict to the effect that death arose from natural causes, was recorded by the magistrate. 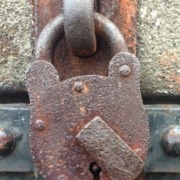 On this day in 1880, B. J. Burnett won the tender to supply several hundreds of locks and cell-door fittings to the gaol. 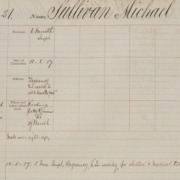 Three months ago an aged man named Michael Sullivan was arrested in the Colao district upon a charge of vagrancy, and was imprisonment in the Geelong gaol. Since then his health has failed, and on this day in 1887, when his term expired, he was unable to leave the institution. At his request Mr Henry Pinniger, Governor of the gaol, attended at the Police Court, and obtained for him an additional sentence of six months’ imprisonment. It was explained by Mr Pinniger” that Sullivan
believed he would be able to make his own living when the warm weather returned. The magistrates on the bench were the Mayor, and Messrs Tally and Hopkins.