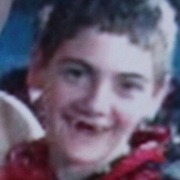 Murder victim Timothy O’Brien was struck up to 20 times. A man accused of attacking a 14-year-old autistic boy with an axe and telling him to “die c–t die” has been found guilty of murder. A Supreme Court jury on Friday found Joel Henderson had been part of a joint criminal enterprise with Darren Wilson to murder Timothy “Timmy” O’Brien at Scarsdale, near Ballarat, in January 2013. Timmy was struck up to 20 times with an axe when he went to help his stepfather, Peter Williams, who had been lured to a farmhouse by Wilson and Henderson, who planned to bash him. Mr Williams and Wilson were cousins who had had a falling out. Wilson was found guilty of murder by a Supreme Court jury and was jailed for 30 years and six months with a non-parole period of 26 years. In his closing address to the jury, Crown prosecutor Christopher Dane, QC, said Henderson tackled Timmy to the ground, “bashed him, throttled him, and whilst doing so said, “Die, c–t, die.” Henderson then hit Timmy with an axe before Wilson joined in. “Wilson takes up the axe and … finishes off what the accused [Henderson] has started … swinging an axe into Timmy’s skull,” Mr Dane said. “Together they killed the boy. Collectively the axe blows killed the child. “Not the first, not the last, because the first and the last can’t be identified. “Their handiwork together collectively carried out what this man [Henderson] wanted, “Die, c–t, die”, and he got what he wanted.” Defence barrister George Georgiou, SC, said Wilson had attacked Timmy separately from Henderson and there was no agreement between them to kill the boy. Mr Georgiou said Henderson’s partner, Lisa Trezise, told the jury Wilson began punching Timmy when she and Henderson were arguing. “She gave no evidence of there being any communication between Darren and Joel, no words, no looks, no gestures,” Mr Georgiou said. “He [Wilson] punched Timmy a number of times. One of the blows to the temple, according to her observations, knocked Timmy out. “She said that Darren then picked up the axe off the ground and used it to strike Timmy to the head several times. “She told you he struck with the sharp end of the axe, and whilst she didn’t keep count, she said at least five or six times. She said it was all happening very quickly and they were forceful blows. “She tried to intervene to stop Darren, but Darren struck her to the face, he threatened her, he threatened her with the axe in his hand.” Mr Georgiou said Wilson became involved after Timmy had earlier struck him to the head with a baseball bat when trying to help his stepfather. “He [Wilson] became involved in an angry and violent manner. “He even struck Lisa, threatened her, and he killed Timmy. Killed him with his five or six or more blows using the sharp end of the axe. He did not need any agreement with Joel Henderson to do that. He did it of his own volition.” Mr Georgiou said the evidence showed Henderson, having been hit over the head with the baseball bat by Timmy, lost his temper, chased the boy, caught him and assaulted him. “The fact that Darren Wilson subsequently came along and himself started to attack Timothy O’Brien does not mean that there was an agreement between them.” Trezise, who pleaded guilty to assisting an offender, recklessly causing injury and criminal damage after a murder charge was dropped, was sentenced to 21 months’ jail, wholly suspended. Justice Bernard Bongiorno will sentence Henderson at a later date. 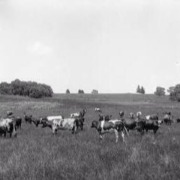 An old farmer, aged 67, named Loughlin Byrnes, living at Ultimo, near Clunes, quarrelled with his wife and struck her on the head with an iron bar and then ran into the dairy and cut his own throat with a butcher’s knife. A grandchild gave the alarm to the police and they found Byrnes dead. Mrs. Byrnes suffered a severe scalp wound, but is likely to recover. The cause of the act is unexplained. 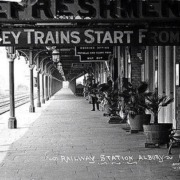 On this day in 1962, Victoria and NSW were connected with a standard gauge rail connection. For over 100 years trains stopped at the Albury NSW, and passengers and goods were moved to a different train. The first Goods train from Sydney arrived in Melbourne on this day.